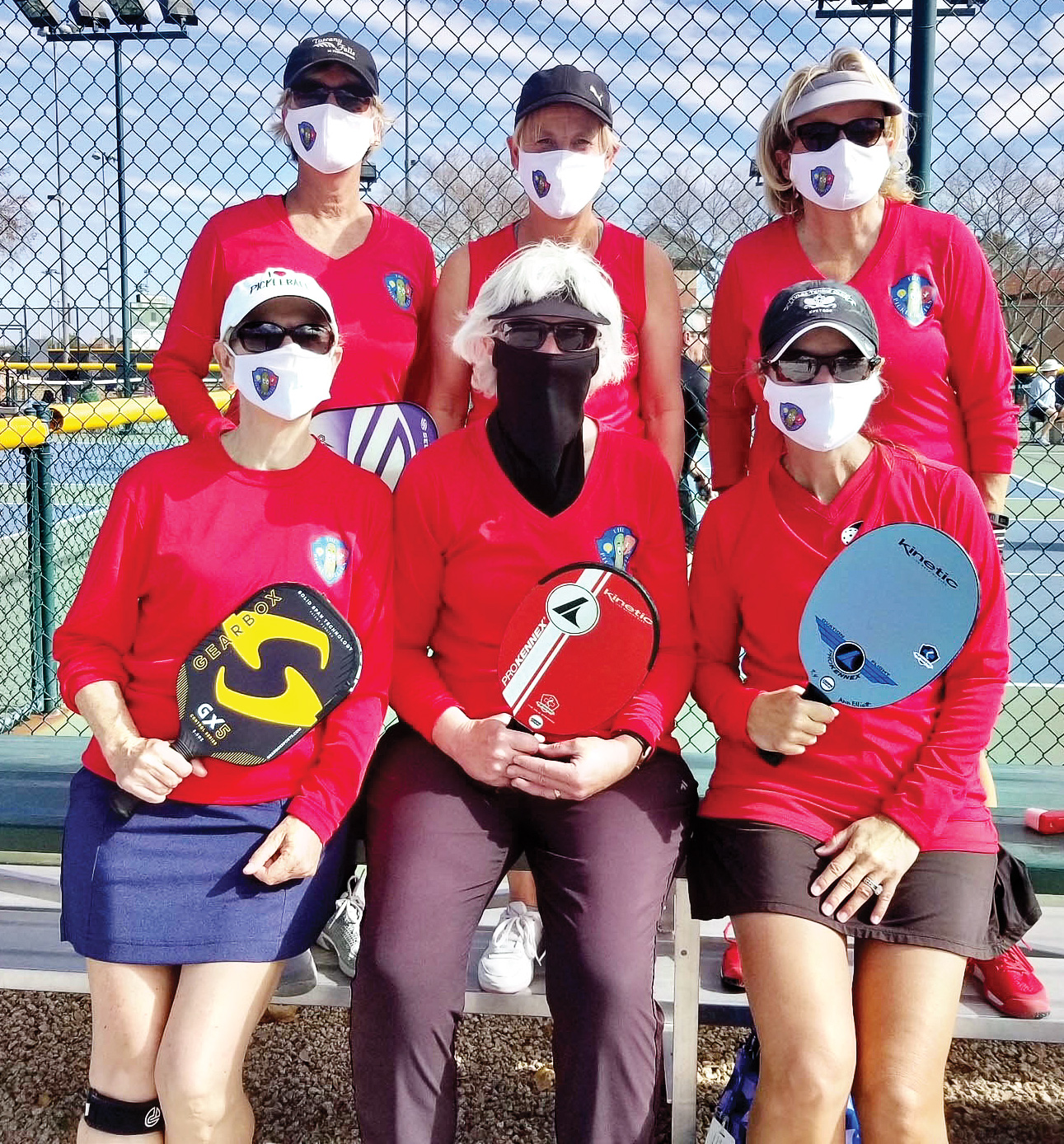 Four teams of PebbleCreek women players have been representing our community and making an impact in the Arizona Pickleball Players League (APPL) since early January 2021.

APPL was formed in 2019 to develop and introduce competitive team-based league pickleball to Arizona. Last year, 95 teams consisting of over 1,100 players participated in APPL in two regions (Casa Grande and East Valley). For 2021, the Southern Region (Tucson) and the West Valley Region (Surprise, Goodyear, Buckeye, etc.) have been added. The West Valley league (WAPPL) plays at the Surprise Community Park, has men’s and women’s divisions, and will offer a mixed doubles division in season 2022.

PebbleCreek has four women’s teams currently participating by skill group in WAPPL. Teams are organized by a captain and can have up to 14 players on the roster. Each week, the captain brings six players to play on three doubles teams. Team standings are determined by points awarded each week for wins (2) or for scoring six or more points in a loss (1).

Below are the PebbleCreek teams and players:

For more information about WAPPL and PebbleCreek’s team standings in the league, go to www.arizonapickleballplayersleague.org.