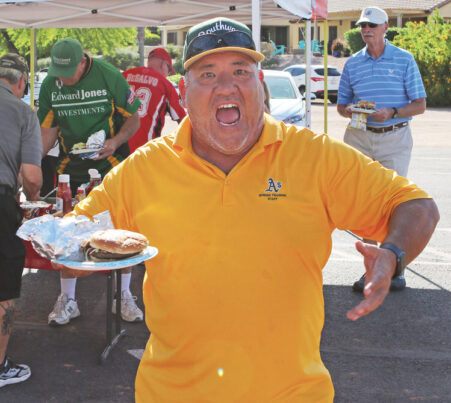 Having fun at the end-of-year banquet 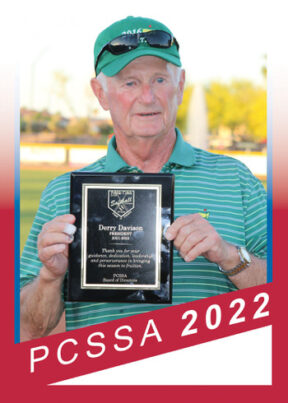 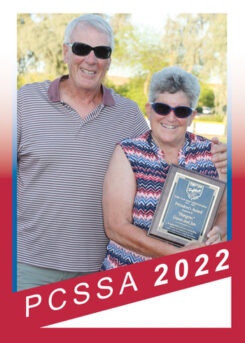 Jan and Dawn Hangen with their 2022 President’s Award

The PebbleCreek Senior Softball Association (PCSSA) celebrated the end of their 27th season at the Robson Field of Dreams as 300-plus ball players, significant others, and team sponsors attended the end of season celebration.

It’s hard to believe that PebbleCreek Senior Softball started way back in 1995 with just two teams and 21 players. Today, the league has now grown to 19 teams with 250 players, coaches, and managers.

The following individuals were recognized for their service and dedication to the PebbleCreek Senior Softball Association:

Jan and Dawn Hangen received President’s Awards for their continued service and dedication to the overall betterment of the PCSSA.

The President’s Award Plaque was also presented posthumously to Pam Wallace, whose husband, Ted Wallace, passed away during this season. Ted’s dedication and service to the PCSSA will be remembered, and he will be missed by all.

Paul Zuckerbrow received the Frank Onzo Sportsmanship Award in recognition of consistently demonstrating all the qualities embodied by this award. His total dedication to the PCSSA and the membership is remarkable.

The Out-Going President’s Plaque was presented to Derry Davison for his guidance, dedication, and leadership in bringing this season to fruition.

It was a fun celebration.

The 28th season is just around the corner!