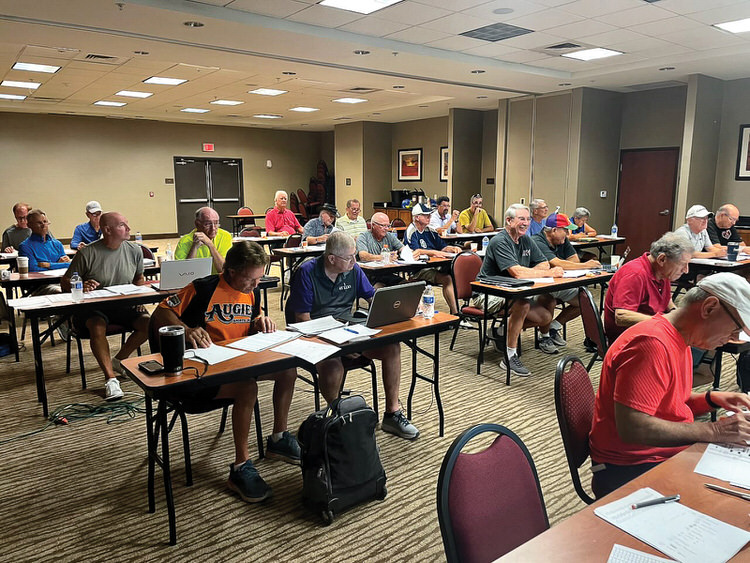 The PebbleCreek Senior Softball Association (PCSSA) started to prepare for the 28th season  back in August, with a complete infield makeover and new sod placed around the perimeter of the infield. The Robson Field of Dreams is all dressed up and ready to go.

The PCSSA has grown to 22 teams and 242 players for the 2022-23 season. This growth required the league to be divided into two leagues (American and National).

Now comes the drafting of the players. Two draft days were required to accommodate the separate leagues: one day for the American League and one day for the National League. The brain trusts, aka the managers, who spend hours, days, or a flip of the coin in deciding the players they will hopefully be able to draft. On their respective day, the appropriate league managers enter the draft room armed with laptops, pencil and paper, and a listing of the players they really would like to draft. Each manager anxiously awaits their turn to draft the players that will make up the team they dreamed of having. Vice President Scott Beseda acts as the draft facilitator for both drafts.

As the draft goes on, you hear moans and groans as a player one manager desperately wanted is drafted by another manager.

It’s going to be a great season. So c’mon down to the ballfield and watch your friends and neighbors relive their youth.

Game days are Mondays, Tuesdays, Wednesdays, Thursdays, and Saturdays. Games start at 9 a.m., except Mondays, when they start at 11 a.m.