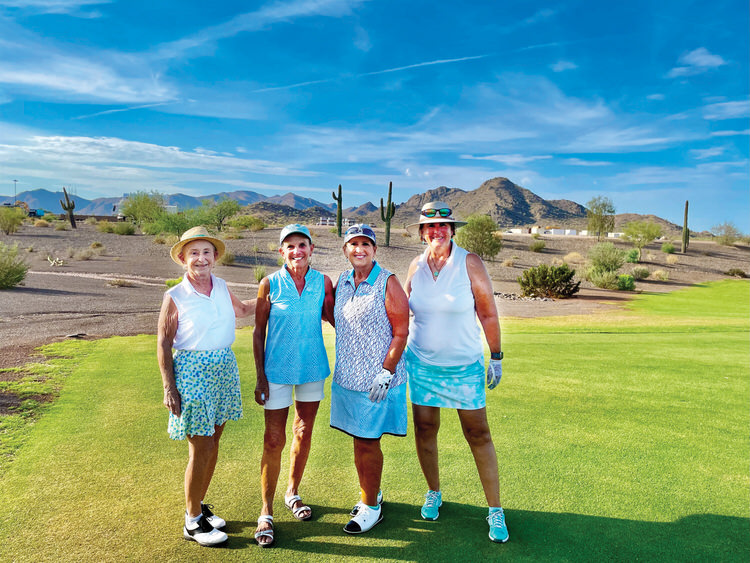 Becky Rio, Marilyn Reynolds, Cindy Sota, and Gail Sarro were lucky to get paired together in their partner foursome. 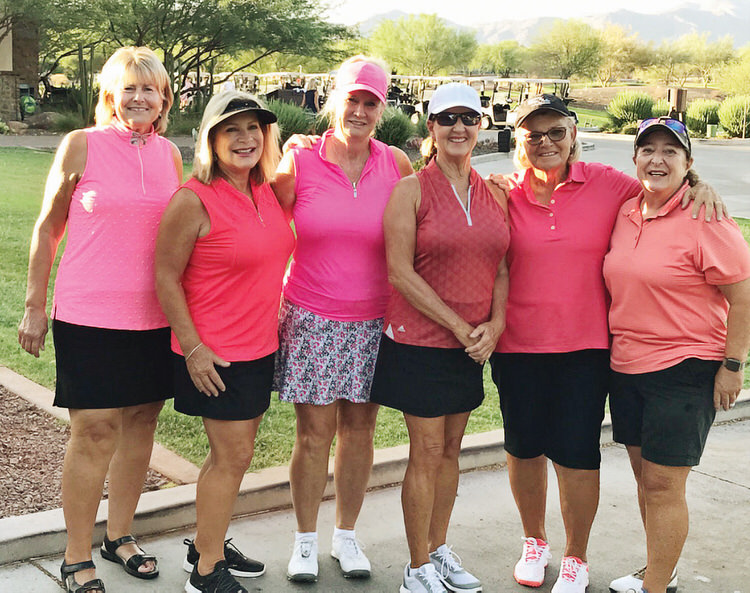 The second Ladies Arizona Summer Survivor International (LASSI) Tournament of 2022 was played at Copper Canyon Golf Club at Sun City Festival in Buckeye on July 18, on the Mountain and Vista Courses.

Many of the participants had not played the Mountain Course so it was a fun day for adventure. The players were threatened by thunder and cooler temperatures (for July), and encountered a bit of rain at the end, which was actually a bit refreshing.

The PCLGA had its share of winners in the 2-person Best Ball tournament: In the B Flight, Patty Brown and Judy Newell placed second. In the A Flight, Marilyn Reynolds and Cindy Sota placed third. If some other PCLGA members won in their flight, apologies for missing you since this reporter was in Prague in the Czech Republic at the time, and I only report what I actually receive and know!