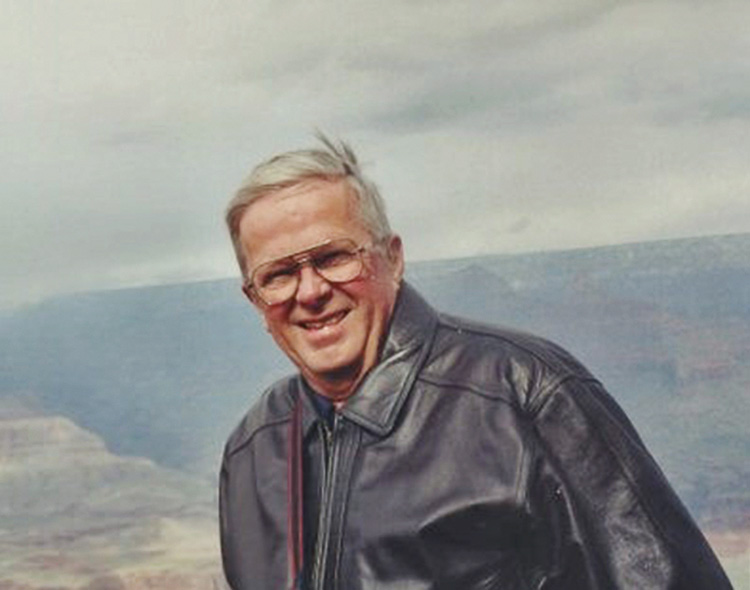 Richard was devoted husband to his wife Loretta who was the love of his life. They were married for 60 years. His children were blessed to witness their great love story. He was a devoted father and grandfather.

Richard worked as a quality control manager. Through the years he worked for the Air Force, Lockheed, Edison, Hecon, Coleco, and Cubic Precision.

After retirement, Richard and Loretta moved to PebbleCreek in Goodyear. They built their dream home and lived a very full life filled with many friends, activities, and travels. They also started a small business called Windows Plus, selling custom window treatments and blinds. Richard had many hobbies including woodworking, stained glass, ballroom dancing, pool, golf, reading, and swimming.

Richard’s family would tell you that he was always kind and helpful. He was the person neighbors reached out to when something needed to be fixed. He had an abundance of patience and a strong work ethic. He was a giver to all and was always affectionate and loving.

His last great expression of love for Loretta was to move them closer to family. They were settled happily in NC and he was able to spend time with his children and grandchildren.

Memorials may be made to the Michael J. Fox Foundation at www.michaeljfox.org/donate.

A memorial mass was held at Holy Spirit Catholic Church in Denver, NC.

Our loving husband, father, and grandfather, Peter Harry Lamphere, was called home to heaven on March 22. Born in Albany, NY on Sept. 15, 1943, he was raised in Kennewick, WA by his parents Peter Bradt and Ethel Elizabeth Lamphere.

After his Naval service, Peter attended Pacific Lutheran University where he studied religion. He then joined Weaver Airline School and later worked for Delta Airlines in Chicago and Los Angeles.

While living in Los Angeles in 1968, Peter found a Unimart Market where a beautiful lady was working at the donut counter. After weeks of buying items, only to return them so that he could see the lady often, Peter asked her on a date. Linda Jane Holt and Peter had their first date on Valentine’s Day 1968. Just eight months later, Peter and Linda married on Oct. 18.

His legacy of commitment to his family, church, and community will live on through the many lives he touched over his 76 years of life.

A celebration of life will be planned in the summer once everyone stops hoarding toilet paper and swiping all the eggs.

Peter is finer than frog’s hair now and at home with our Lord and Savior. 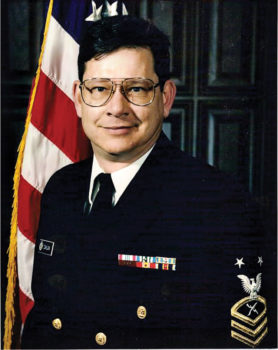 Dennis “Zak” Zaklan, MCPO US Navy, retired, age 65 of Goodyear, died March 24. He was born into the Navy on June 12, 1954, to cryptologic technician Chief Stephen and Jane Corrigan Zaklan in Vallejo, CA. As the youngest of three boys, Zak learned lessons the hard way while becoming a world traveler with his military family. He lived in Hawaii (before statehood); Yokosuka and Yokohama, Japan; Ft. Meade, MD; and Harrogate, England before graduating high school. He joined the U.S. Navy in 1973 and trained as a cryptologic technician. He retired as master chief petty officer in 2001 with 29 years of service. During a deployment to Stuttgart, Germany, Zak met his future wife YN1 Cynthia Janz. They married on Aug. 18, 1979, in Beaver Dam, WI. Cindy and their son Joshua survive him.

Zak’s Navy career took him to many duty stations, including Clark AFB, Philippines (non-Morse Operator); Adak, AK (promoted to second class petty officer). Zak converted to the electronic intelligence field and transferred to European Defense Analysis Center in Stuttgart, Germany. From there, Zak joined Cindy in Hawaii, an assignment that led to a Defense Meritorious Service Meal. Then he got orders to the NSA and into the highly competitive Middle Enlisted Cryptologic Career Advance Program where he was initiated as a U.S. Navy chief. While there, he was selected for limited duty officer and became an ensign. Zak described his next assignment in Naples as his one non-pleasant tour. He reverted to master chief cryptologic technician and received orders to the Naval Research Laboratory in Washington, DC. Next came a tour as the operations chief at NSGA, Pearl Harbor, which Zak described as his best tour of duty. From Hawaii, Zak went to his last naval assignment at the Naval Security Group Denver. This last assignment was at ANG base in Aurora, CO with all four services, two national agencies, and 37 different contractors, where he managed the operations floor.

After retiring from the Navy, Zak took a position in 2003 at New Mexico State University physical science laboratory to run a high-altitude ballooning program to provide surveillance from very high altitudes. From there, Zak moved to the unmanned aircraft systems (UAS) or drone side of the house where he established the NMSU U.S. flight operations team. He then established the UAS Flight Test Center. His last assignment was Unmanned Aircraft Systems Flight Test Center deputy director. He remained there until 2017. Zak obtained his bachelor’s degree and a master’s degree in organizational management/project management during his civilian career.

Zak and Cindy moved to PebbleCreek in Goodyear, AZ in September 2017, from Las Cruces, NM. In addition to wife Cindy and son Josh, Zak’s oldest brother Steve survives him. He was preceded in death by his parents and brother, Chris.

Throughout his life and career, he was always deemed a stand-up guy—no-nonsense, tell it like it is. This character earned him the highest regard from his superiors, peers, and subordinates. Zak was a kind, do-anything-for-you husband, father, mentor, colleague, and neighbor. While cussing like a sailor, he would stand up like a bear to any known harm or injustice, but was as gentle as a lamb and caring as a shepherd to those he regarded well. His family and circle of military friends and PebbleCreek neighbors will especially miss his unique style, his help, and his friendship.

Per his wishes, the body has been cremated. Considering current social restrictions, local services will be announced later. Zak’s family suggests memorials/donations to any of the following:

Condolences can be left at www.thompsonfuneralchapel.com/obituary/dennis-zak-zaklan-mcpo-us-navy-ret.

Chief, you stand relieved. Boatswain, stand by to pipe the side. Shipmate going ashore!