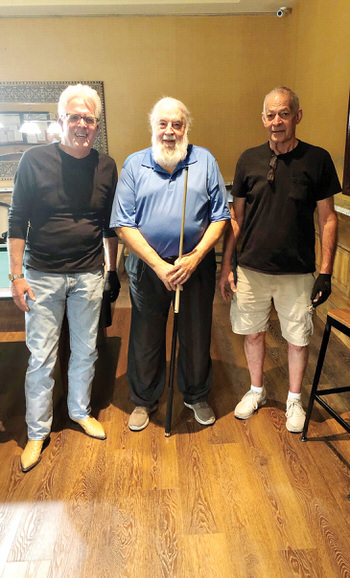 The winners of the first half of season one of the inaugural PebbleCreek Eight-Ball League were The Breakers. The team members are Mark Kuhn, Marv Schrock, and Blair Dreyfus. The Breakers were undefeated at 3-0 in a four team league. The second half has begun with seven teams playing for the right to challenge The Breakers for the overall league championship. We will be starting a new league in January 2022.