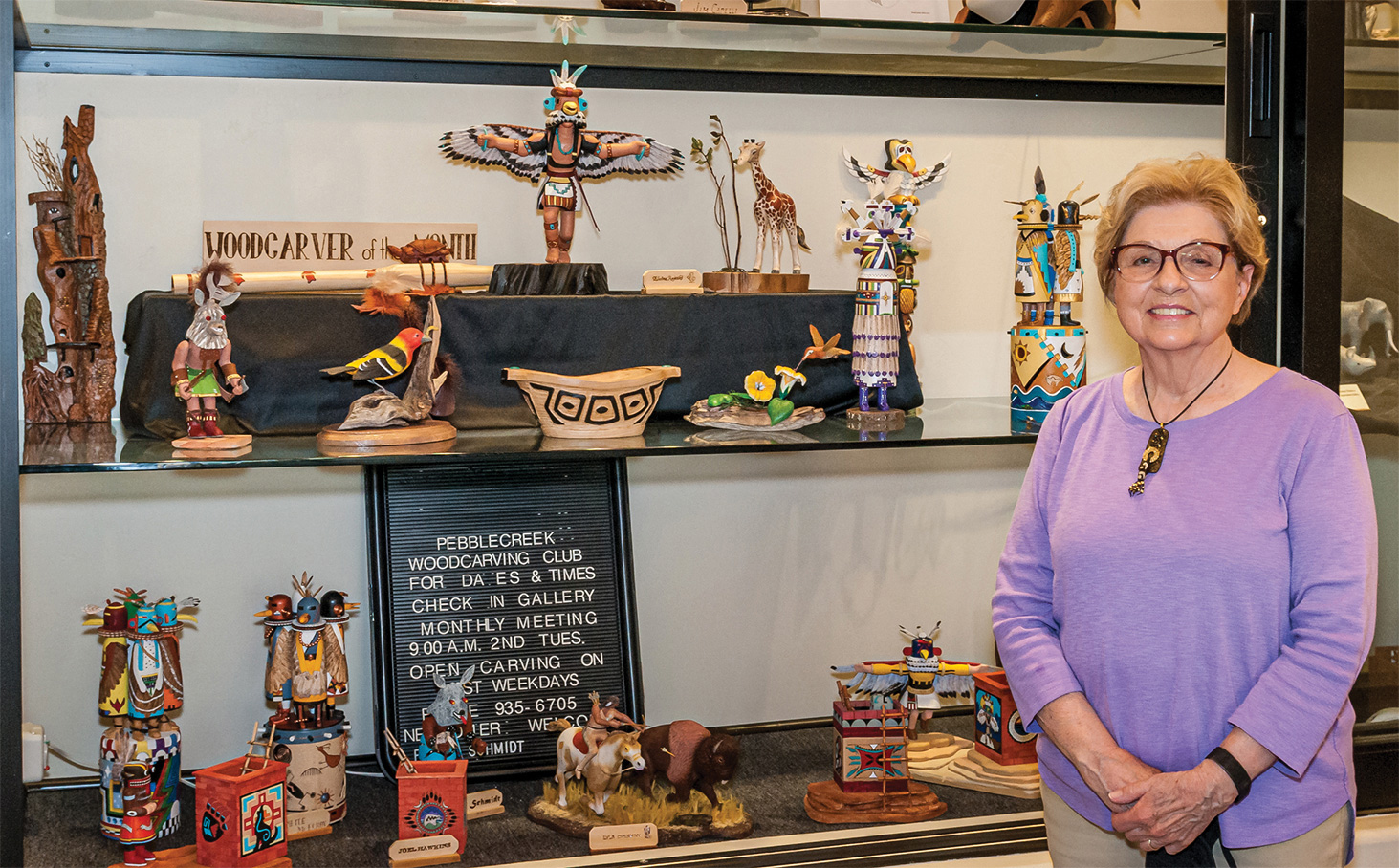 Elaine with several of her carvings on the middle shelf of the carving club’s display window in the Creative Arts Center.

Ron Netzer is the PebbleCreek Woodcarvers Club woodcarver of the month for February. Ron tends to give his carvings to family and friends.

Ron moved to PebbleCreek in February 2006 from the Chicago area. A carving club member, Al Collesano, invited Ron to join the club many times, but he was intimidated by the wonderful carvings in the club’s display window, and he had never tried to carve before. Al finally got Ron to join in 2015, and Ron started to learn how to carve. He found the club members to be very helpful and willing to teach others. These individuals made him the carver he is today.

Ron’s favorite carving subject is fish, but he will try carving almost anything. He prefers carving with power tools and seldom carves with a knife.

The carver of the month award is unique within the carving club because the award recipient is selected by the last two individuals to receive the award. The award started in October 2019 and is a way for carvers to recognize other carvers who have been influential in developing a love for carving in others.