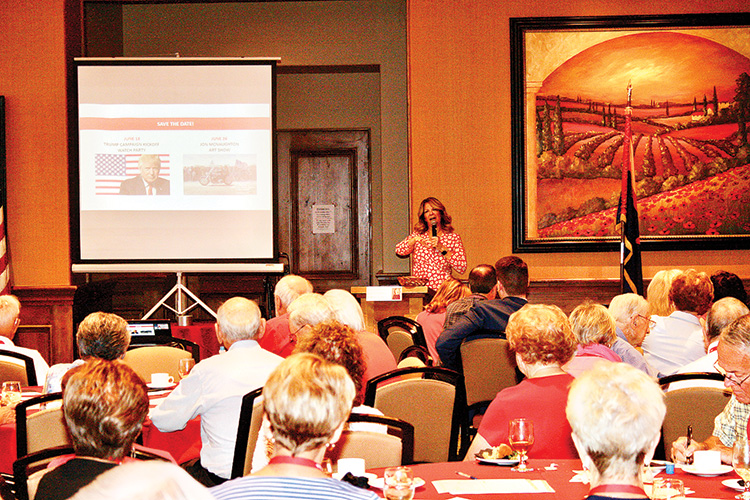 The town meeting opened with an invocation by the PCRC chaplain followed by the Pledge of Allegiance by Mike Shaw, political director of the Republican Party of Arizona. Kelli Ward then presented the first Powerpoint presentation which she will showcase around the state over the next few months.

The power-point presentation included slides on statistics of what is currently happening in our state, a video of Chairman Ward on Fox & Friends talking about the tariffs and several upcoming events to be held at the newly renovated Republican Party of AZ office. She received resounding applause after the presentation.

Submitted questions covering several topics were then read and answered by Chairman Ward, which included “what can we do to help keep AZ a red state, to elect conservatives and re-elect President Trump?” Other questions directly from the audience were also answered.

Assorted pastries, juice, coffee and tea were available throughout the meeting, provided by the PebbleCreek Republican Club. Chairman Ward thanked the club for hosting the first town hall meeting presentation and then she and her staff left for the Sun City area for an afternoon presentation. We were delighted to have the West Valley covered so well.