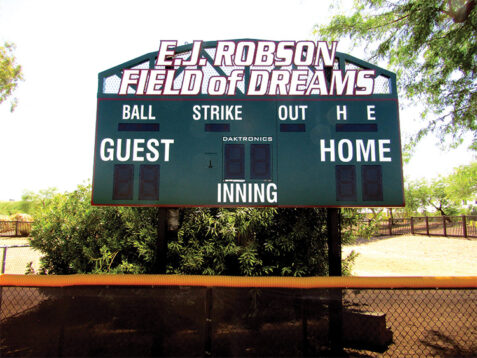 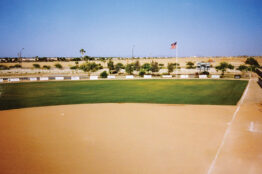 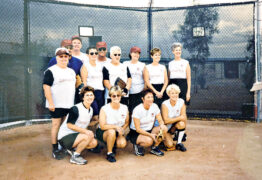 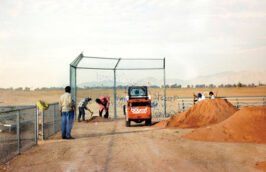 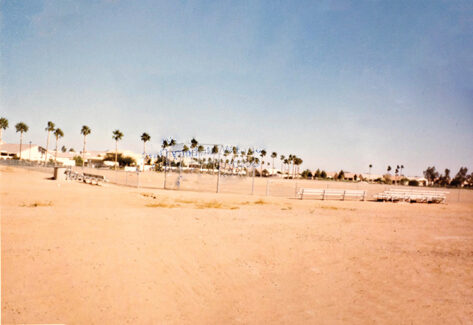 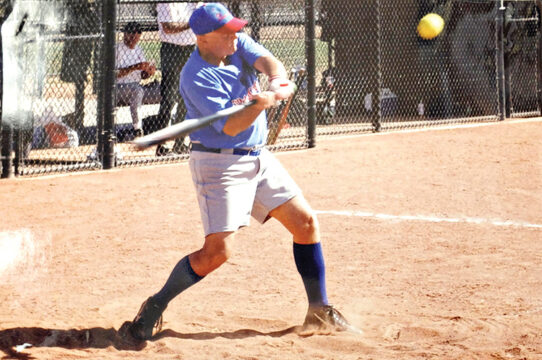 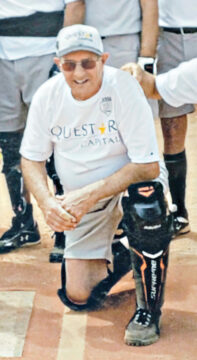 It’s October, and the PebbleCreek Senior Softball Association (PCSSA) will start their twenty-fifth season at the Robson Field of Dreams on Saturday, October 19.

Twenty-five years of softball, and it seems that it was only yesterday that a group of guys approached Ed Robson and convinced him that “if he builds it, they will come,” build it he did and they came.

Let’s take a trip back to how it all began.

In September of 1995, a group of guys get together at the Eagle’s Nest Clubhouse to discuss interest in playing softball. As a result, Jim Snyder was appointed to spearhead resident interest in playing softball. PebbleCreek Softball began to take shape. At this time two teams were formed with a total of twenty-one players from PebbleCreek. Tuesdays and Saturdays were selected as play days as the ladies took over the golf course on Tuesdays and Saturday. The games were played at the Old Litchfield Park field across from the fire station on Old Litchfield Road.

In November, 1997, games begin play on a field that became known as the “Rock Pile” in PebbleCreek. The field was located North of where the current tennis courts in Eagle’s Nest are currently located. The field received its name due to the players needing to pick up the small rocks on the field to avoid an injury to a player.  In addition, two PebbleCreek teams also played in Glendale in the fifty-five plus division and the sixty plus division.

In 1998, the league consisted of six teams. Two teams from PebbleCreek along with teams from Sun City Grand, Rosie’s Restaurant, Happy Trails, and El Mirage.  Arizona Traditions joined the league in 1999, raising the number of teams to seven. As the popularity of the sport grew, the Robson organization was contacted by Dave Smith, Del Chafe (passed on), Ron Van der Hei, Mick Mauer and Don Wyman about the possibility of a ballfield being constructed that would accommodate the growing interest of softball in PebbleCreek. Mr. Robson was instrumental in the development and construction of the current Field of Dreams.

January 2000 arrived, and the Field of Dreams is now a reality. The backstop and bleachers were moved from the infamous “rock pile” to the new field. Seven teams now play on our field. Four teams from PebbleCreek and three outside teams. Between 2001 and 2003, the league grew to six teams that are made up of exclusively PebbleCreek residents.

Along came 2004 and the league expanded to ten teams with sixteen players per team. The league continues to grow with two more teams added, bringing the total number of teams to twelve.

The 2016/2017 season saw the league grow to thirteen teams and one hundred fifty-six players.

The 2017/2018 season sees the league grow to fourteen teams and one hundred sixty-eight players.

The 2019/2020 season marks the twenty-fifth year of play for PCSSA and once again the league grows to fifteen teams.

The PCSSA from its humble beginning at Old Litchfield Park to the “Rock Pile” to our current Field of Dreams ball field could not have happened if it were not for twenty-one players that had a vision of what could be.

Of the twenty-one original players, only one (Bob Quarantino or Bobby “Q” as he is often referred to) remains playing and will be starting his 25th year of play here in PebbleCreek. In addition to Bobby, the league currently has forty-one players that have achieved fifteen years of play and seven players who have been playing for twenty years.

If that’s not enough, the league has quite a few elder statesmen, the following is a listing of these elder statesmen that are still playing or assisting in various capacities within the PCSSA organization:

A special thank you to the Robson Organization for all their efforts to bring the Robson Field of Dreams to life.