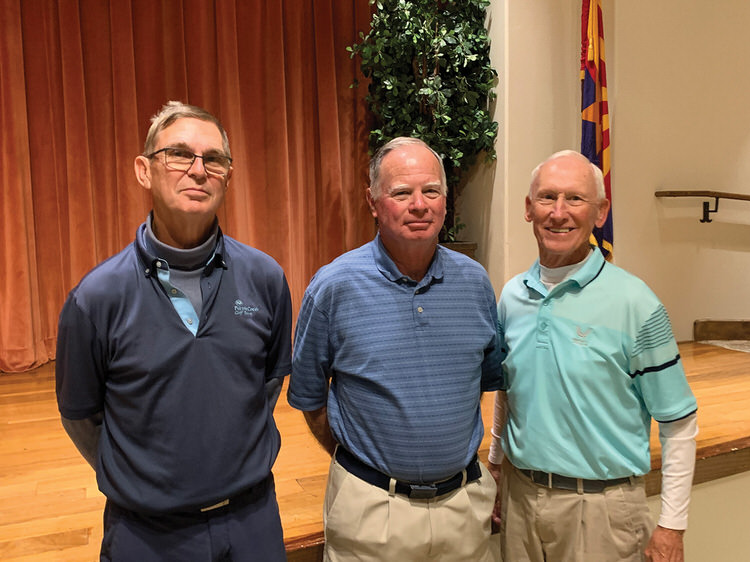 The PebbleCreek Men’s Golf Association (PCMGA) conducts friendly golf competitions every Thursday for its members, except in October, during overseed. The formats vary each week and include scrambles, best balls, goofy golf, and several major events played on all three of our PebbleCreek courses. Participation in these competitions by PCMGA members is the key to its success.

The PCMGA would like to recognize those members who have most supported the PCMGA by participating in 30+ events (not including majors) during the 2022 golf season. In 2021, the most active player was Larry Haiflich with Barry Stauffer and Keith Clinton a close second.

We are happy to announce that these same three players (Larry Haiflich, Barry Stauffer, and Keith Clinton) tied for the PCMGA Most Active Player for 2022 each with 36 plays.

We had a total of 13 players who participated in 30+ events. There were 27 players with 25 or more plays. Awesome!

Most Active Players (number of plays, not including majors, in parentheses)—source 5-play report December 2021-November 2022.

Our three most active players in the 2022 season, Larry, Barry, and Keith will each receive $25 (amount will be added to their Homeowners cards). This is the first year that we had a tie for the most active player. Congratulations!