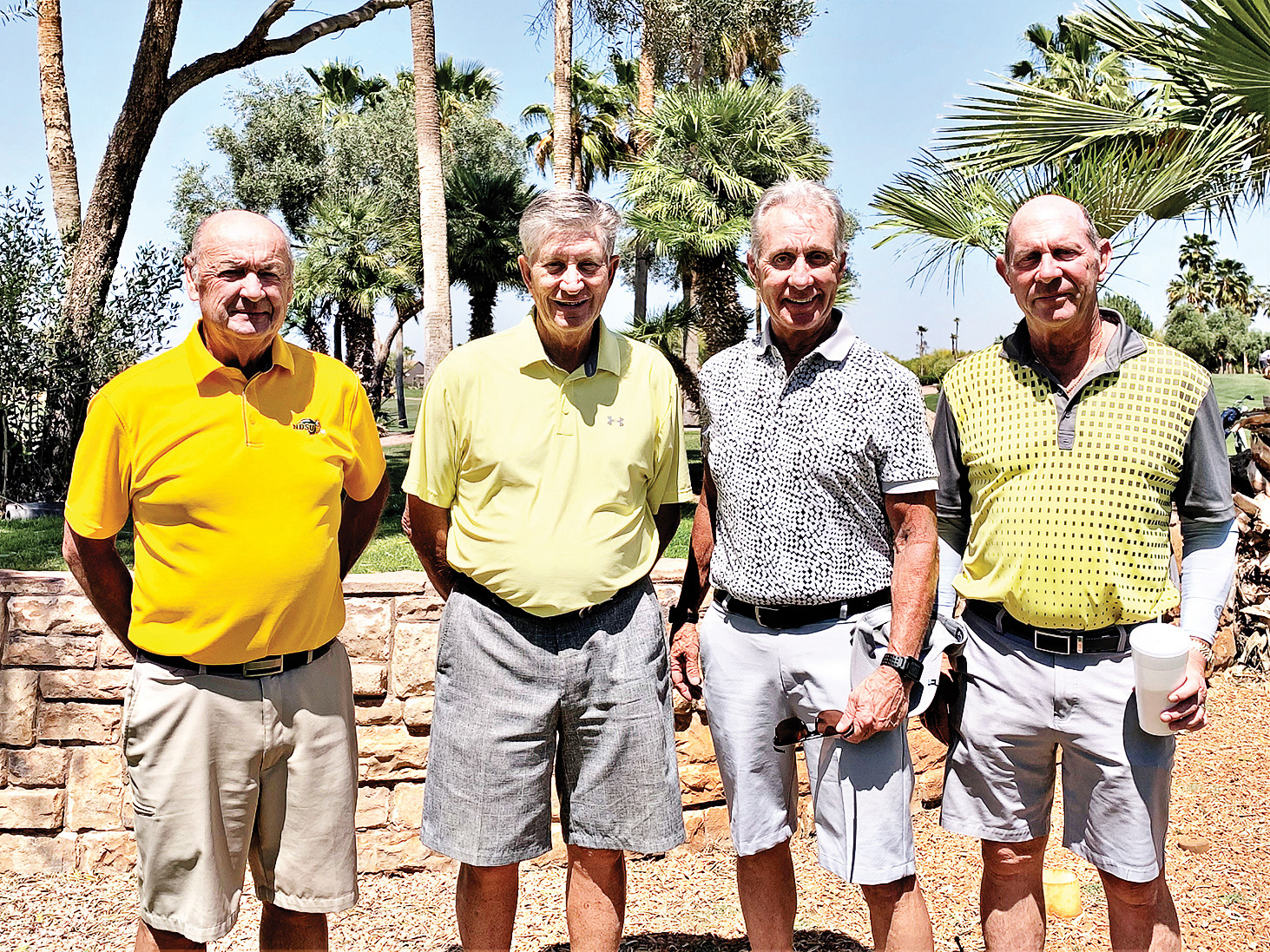 On March 9, via a Zoom meeting, the PebbleCreek Men’s Golf Association (PCMGA) elected officers for the 2021-22 golfing season. They officially take office on June 1.

Ken Schumacher (president): Ken grew up on a farm in south central North Dakota. He spent his career in the hospital equipment industry. He managed a medical sales operation in Fargo for 18 years and then moved to Colorado to open and manage a similar operation for 21 years there. Ken enjoys woodworking and is quite an accomplished artisan, making such items as end grain cutting boards and a marbles game board. He was heavily involved in the Lions Club in North Dakota and Colorado and held several positions, including president. He and his wife, Carole, moved to PebbleCreek in 2016. Ken previously served the PCMGA as vice president. Serving as president, Ken’s main responsibility is to preside at meetings and oversee the daily operation of the PCMGA.

John Abercrombie (vice president): John was born and raised in small towns in Kansas (Barnard and Minneapolis) and spent most of his adult life in Oregon. He learned to play golf on sand greens. He spent his career in banking, finance, and IT consulting. He enjoys hiking, biking, traveling, reading, and exercising. John and his wife, Sue, have lived in PebbleCreek since 2013. John served as the PCMGA’s social chair for four years. It’s one of the most difficult positions on the board. He was responsible for arranging all the food and beverage needs of the PCMGA. Serving as vice president, John’s main job is to chair the Member-Guest Tournament.

Jack Stipp (secretary): Jack is originally from the Chicago area, but he and his wife, Mary Anne, have lived in Arizona since 1995 (home to his kids and grandkids). They are former members of Encanterra and Ancala golf clubs. Jack spent his entire career in the food industry after graduating from Western Michigan. He held executive positions at Sysco and US Foodservice. He served on the HOA board at Ancala and was on the board of directors for the National Frozen Food Association. They moved to PebbleCreek in 2019. Jack is a die-hard Cubbies fan. Serving as secretary, Jack’s main function is to keep the minutes of the PCMGA’s meetings and communicate the results of those meetings via the PCMGA website.

Roger Douglas (treasurer): Roger is from southern California, living most of his adult life in Simi Valley. He spent his career as a small business owner in the automotive collision industry, as well as being a real estate developer for over 30 years. Motorcycle racing was Roger’s favorite pastime until he was in his early 60s, and then golf became his favorite hobby. For many years, he organized and managed golf tournament fundraisers for his wife’s sorority, Phi Alpha Kappa, a philanthropic organization that raises money for multiple sclerosis. He and his wife, Julie, have lived in PebbleCreek since 2019. As treasurer, Roger’s key responsibilities include keeping membership records, issuing checks, and preparing monthly financial reports.

The PCMGA would like to thank our out-going officers and board members Jim Sheard, Rand Hill, and Dick Kale for their many years of service.