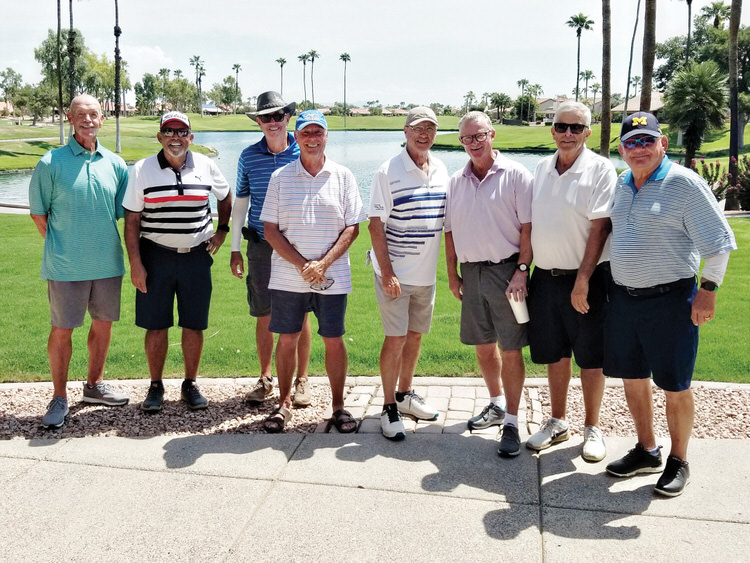 The PebbleCreek Men’s Golf Association (PCMGA) annually conducts a two-man scramble event, which serves a dual purpose. It is a regular men’s day tourney, but four teams also qualify to enter the Arizona Golf Association’s Club Team Championship. The tourney was played on Sept. 2 at the Eagle’s Nest Golf Course.

The teams that qualified to move on to the Arizona Golf Association’s Club Team Championship Regionals were offered a choice of where to play: Dove Mountain (Nov. 3), Wigwam (Nov. 16–gross/net only), Aguila (Nov. 17) or Longbow (Nov. 30–gross/net only). The finals will be played at Seville Golf and Country Club on Dec. 6.

One gross winner and one net winner advanced from each of the two flights. The team’s choice of where to play the regionals is in parentheses.

Congratulations to all the winners, and good luck to our qualifying teams in the next round!