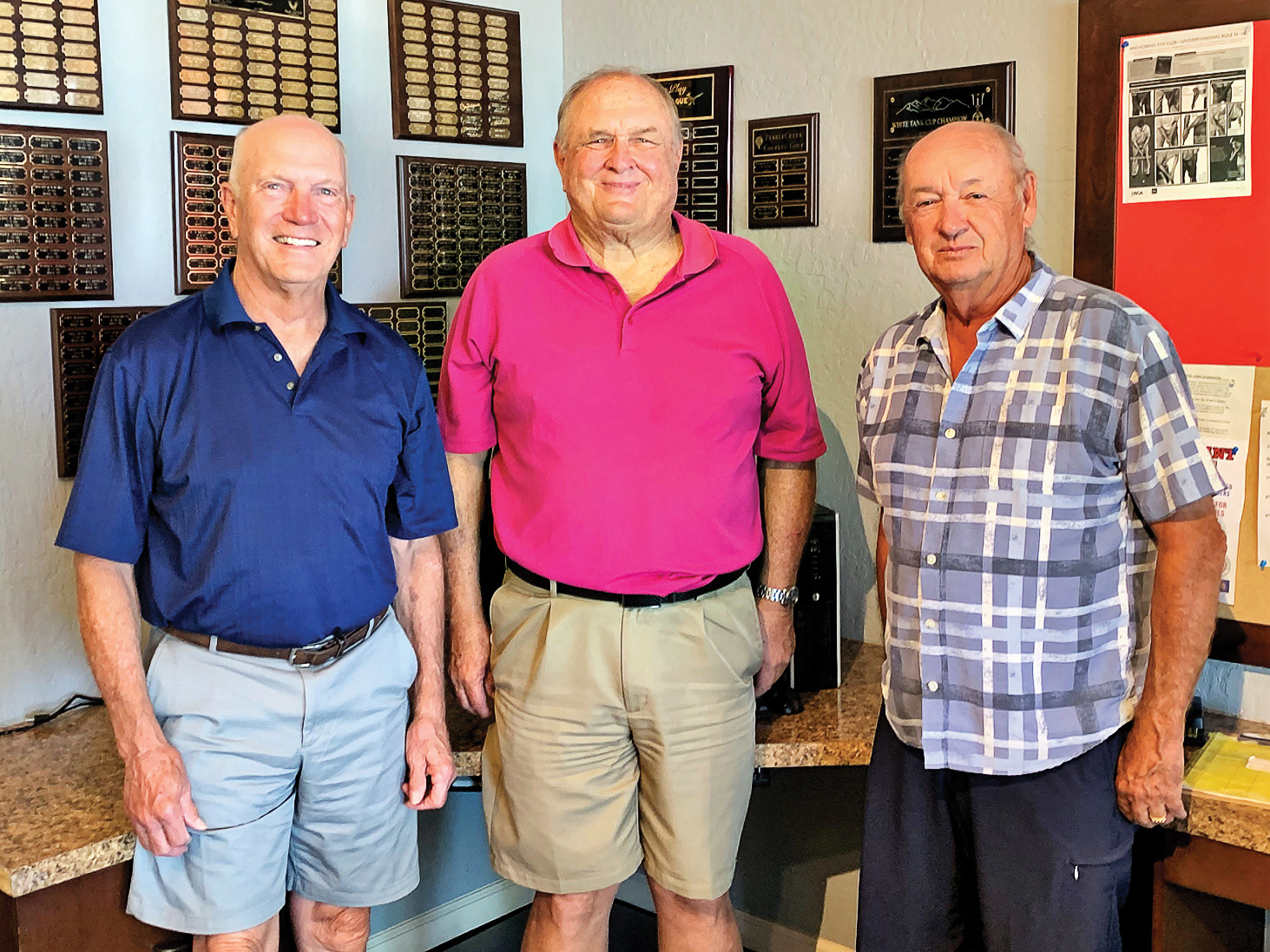 On April 21, 22, and 23, the PebbleCreek Men’s Golf Association (PCMGA) held a matchplay tournament styled after the Ryder Cup. Instead of USA vs. Europe, it pitted Team Eagle’s Nest against Team Tuscany Falls (not based on where players lived). Each team was represented by 90 players.

Originally, the PCMGA Member-Guest Tourney was scheduled for these dates. However, COVID-19 prevented large gatherings, especially indoor banquets, so this event was cancelled in January. Ken Schumacher, vice president in charge of the Member-Guest Tourney, came up with the idea to hold a matchplay event based on the Ryder Cup format. Ken even solicited, with assistance, some sponsors to help fund the event. Ken secured glass tumblers etched with the 2021 Ryder Cup and the PCMGA logo. Each player received four of these classy tumblers as tee prizes.

To keep in the spirit of the member-guest atmosphere, it was decided to use a form your own team sign-up process, to allow buddies to play together for rounds one and two. No team could have more than an eight stroke differential between players.

Tournament Chairmen Steve Straley and Clint Hull faced a difficult challenge to create two 90-man teams that were equally skilled. They started with a list of all two-man teams with the “A” player’s handicap index displayed in ascending order. Following that order, they divided them up into 45 twosomes for each team. The same method was used to create the match-ups of the two-man teams.

Prizes were awarded to the winners of each round, as well as a bonus prize for either Team Eagle’s Nest or Team Tuscany Falls. Also, several door prizes were awarded. A barbeque box lunch and beverage were provided after play of round three.

The competition was fierce but lots of fun! There were 21 players (from both teams) who won all three of their matches.

Congratulations to all the winning players and to Team Tuscany Falls!

Congrats also to Phil Smyth for making an ace on hole number 16 West during round three!

The PCMGA thanks the many sponsors who have supported this PCMGA event.