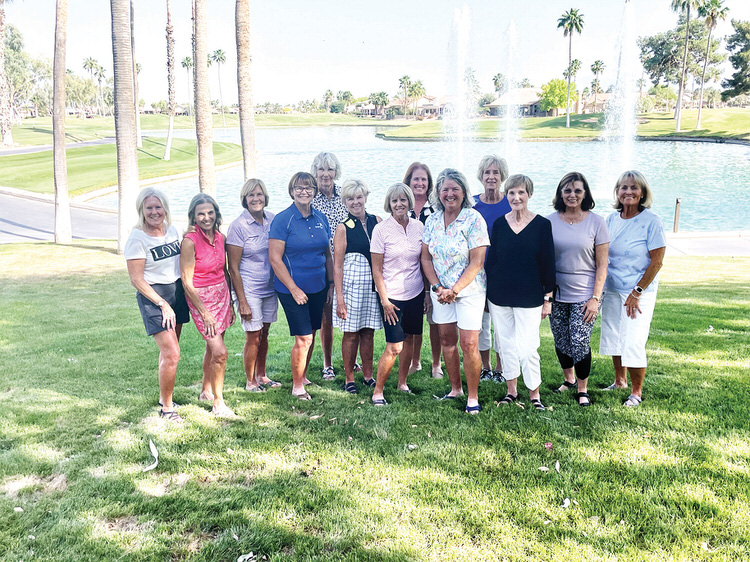 The PebbleCreek Ladies Golf Association (PCLGA) is pleased to announce the incoming board of directors and committee chairs for 2022-23.

This is Enright’s second term as president of the PCLGA (2020-21), and she has been a member of the PCLGA since 2013. She has also served as secretary, club photographer, and co-chaired tournaments in prior years. Enright was instrumental in coordinating the PCLGA and PC9LGA tournament that was held in 2021 and has been a member of the Roadrunner Golf League since 2014. Enright and her husband, Jeff Furnia, became full time residents of PebbleCreek in 2015.

Dinan served as PCLGA vice president last year and will continue her role for another year. Her prior experience includes serving as secretary, vice president, and president for the 9-hole and 18-hole ladies leagues in Highlands Ranch, Colo., prior to moving to PebbleCreek. Since her retirement from “real” work two years ago, Dinan, along with Michael (her husband of 43 years) enjoys her summer gigs with her seven grandchildren in Colorado.

Curtis and her husband, Bob, moved from Washington state to PebbleCreek in 2016, when she immediately joined the PCLGA, and they have been full time residents for nearly four years. Her leadership experience includes treasurer at Riverside Golf and Country Club in Portland, Ore., and chair of numerous tournaments there. She also served as the club’s representative as director of the Oregon Women’s Golf Association for a year. Curtis has assisted with member guest tournaments, and most recently co-chaired the Cancer Awareness Tournament for the PCLGA.

Clinton also comes from Oregon and is a proud University of Oregon graduate (Go Ducks!). Bev and her husband, Dan, began the “commute” to Arizona in 2004 when they purchased their home here. She golfed with the Lady Niners for several years prior to joining the PCLGA in 2010. She served the organization as treasurer (2021-22) and was publicity chair in 2017-18.