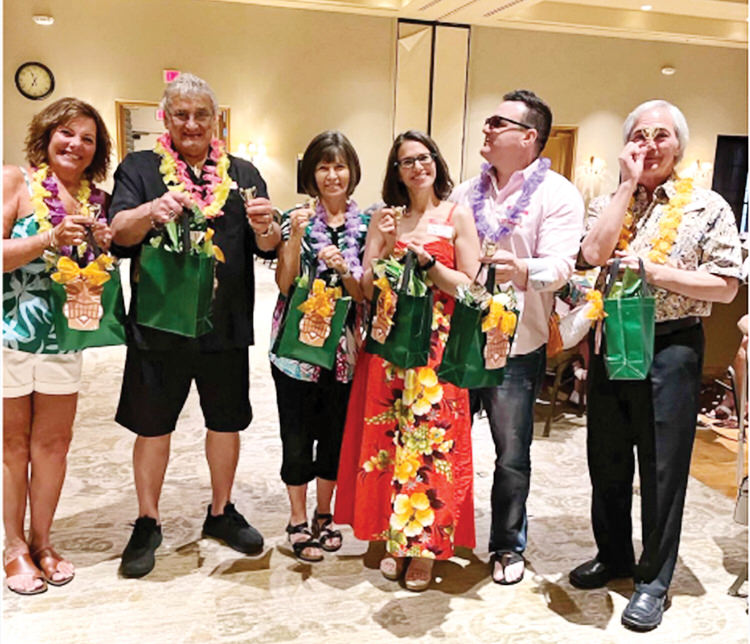 Members of the Angelfish team receiving their prizes 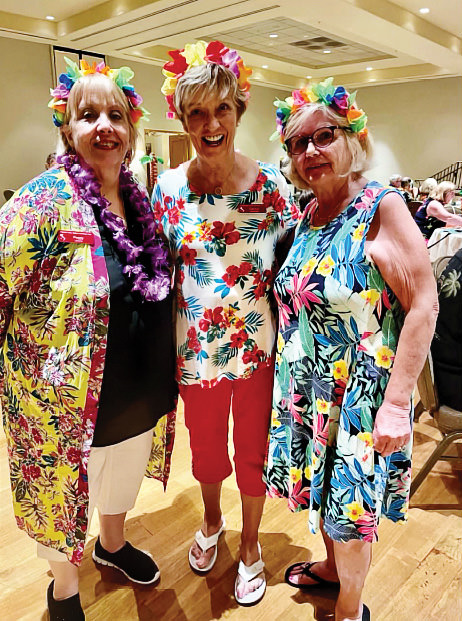 What happens when you combine Wii Bowling with a Hawaiian luau? For PebbleCreek Italian American Club (PCIAC) members, the result was a fun-filled, entertaining, and frequently hilarious evening.

On July 8, approximately 50 club members and their guests gathered in the Tuscany Falls Ballroom for the enjoyable event. Teams were formed and were pitted against one another in lively rounds of Wii Bowling, all the while being coached by PebbleCreek’s own master of ceremonies, Melissa Kallett.

Almost half of the participants had never Wii Bowled before, so watching them often proved to be more entertaining than watching the more accomplished bowlers. Pros and amateurs alike cheered each other on, and any occasional light-hearted jeering was amicably extended and well received. At the conclusion of the competition, participants enjoyed a delicious luau-style barbeque buffet in the ballroom, which had been beautifully decorated to reflect the event’s Hawaiian theme.

Although PCIAC events are customarily centered around an Italian theme, this event offered members an opportunity to escape the summer heat, have fun, and enjoy each other’s company. Many, many thanks to our event planners: Ellie Kovach, Peggy Lemmo, and Carolyn Minichiello for their time and efforts to make the evening a huge success!