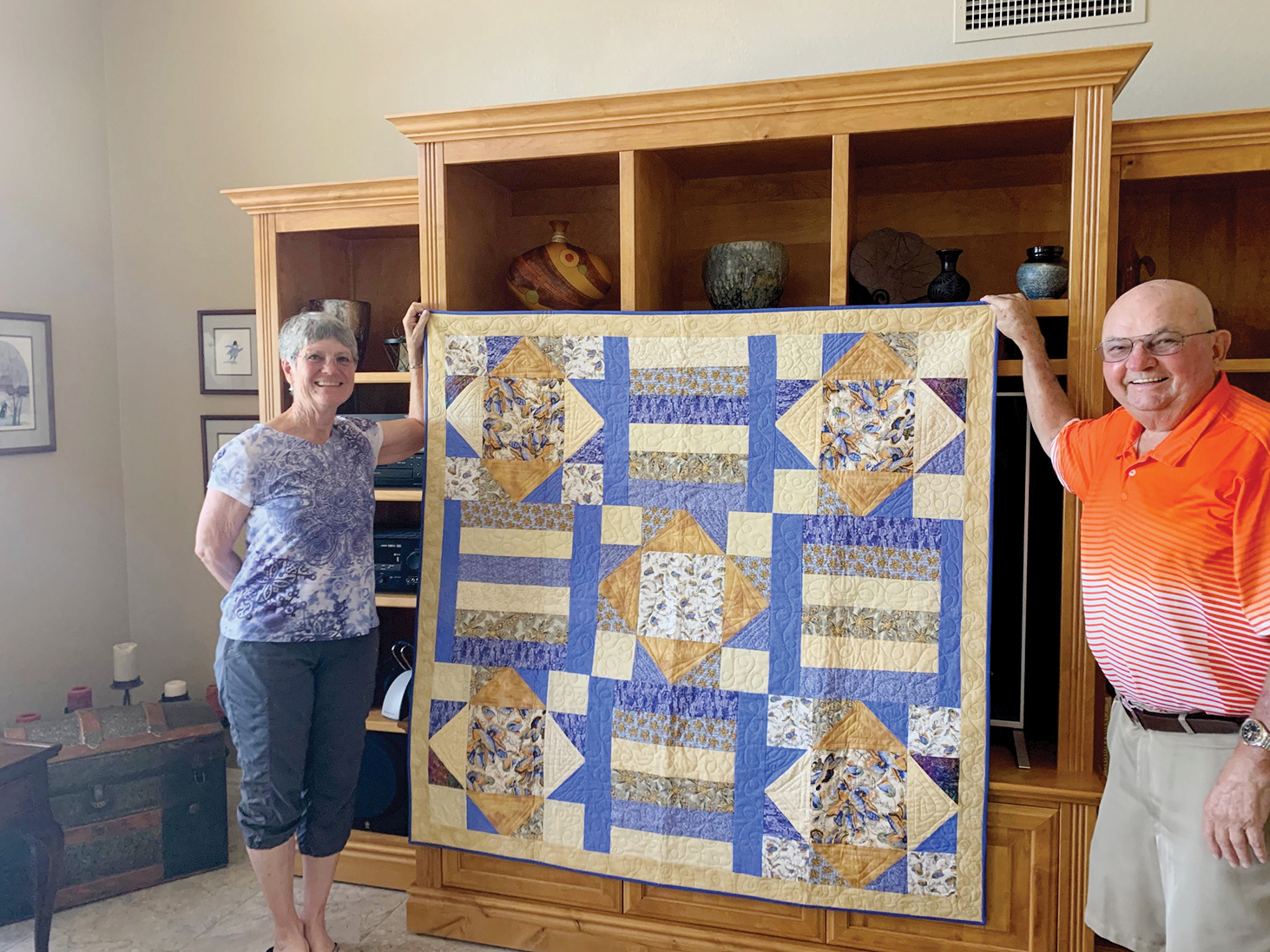 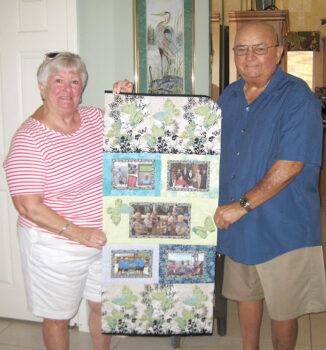 When Connie Steckler passed away after a yearlong cancer battle, her husband Nick was at a loss as to where to begin with sorting through her many quilting supplies that he wanted to donate to the PebbleCreek (PC) Quilt Club. Connie was an avid sewer and quilter, who even had a small business using these talents. She was also an artist, golfer, and world traveler. She made and sold many items at the Creative Arts Gallery at PebbleCreek after moving here. Friends describe her as energetic, fun, always smiling, and always happy to make items for charity.

While several PC Quilters Club members (Ronda Jones, Marka Locker, and Carol Moonan) helped Nick with the task of sorting through vast amounts of fabric and other sewing supplies, Nick found a nearly completed quilt top that Connie was working on for her daughter. Connie had worked on the quilt top until she was too ill to continue. Longtime quilt club members and friends, Nan Perkins and Ronda Jones, PC Quilters Club President, knew members would be happy to honor Connie by helping with these projects. But Ronda also had an idea for a special gift for Nick using some of Connie’s fabrics.

Sandy Crabtree completed the quilting on a beautiful blue and yellow quilt for daughter Lisa. Ronda asked for volunteers to make another special gift. Cathy Howell and Wendy Gilbert stepped forward. Ronda gave Cathy Howell some photos of Connie and asked her to take a look through the numerous bins and boxes of fabric, with the goal of making a photo quilt for Nick. Cathy had some decisions to make; What colors? What photos? What size? Cathy says, “You can always tell a quilter’s favorite colors by looking at her (fabric) stash.” Cathy quickly recognized that Connie’s favorite colors were a lot like the colors of clothing she wore. That made it easy to find fabrics for a wall hanging that coordinated with pictures of Connie with family, friends, and “Gimme Gals” golf group. Cathy saw the photo of Connie with the “Gimme Gals” at her memorial service, so she knew that was special.

When these items were given to Nick, he was so pleased. A man of few words, Nick stated, “her daughters will love this.” This quilt will be gifted to Connie’s other daughter, Angie.