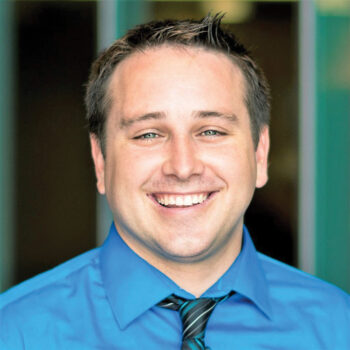 Steven Slugocki, chair of the Maricopa County Democratic Party (MCDP), joined the PebbleCreek Democratic Club August 5 meeting, to bring news from the just-completed primary election, to address members’ concerns about the fire that destroyed the party headquarters, and to discuss some of MCDP’s plans for the November 3 general election.

Maricopa County, home to 67% of Arizona voters, is the largest battleground county in the U.S. for the November election. The primary drew more than 857,000 voters, a record turnout of Democrats, Republicans, Independents and third party-voters, surpassing earlier primary records in 2018 (nearly 700,000) and 2016 (more than 555,000).

93% of Arizonans voted by mail in the primary. Leaders of political parties participate in hand-count vote certifications designed to ensure an accurate, transparent and accountable voting process, which are critical to assuring voters of the efficacy of local, state, and federal elections. For the vast majority, voting by mail means being on the Permanent Early Voting List, and ballots are mailed to voters 27 days early. Committed to fair, accurate and efficient voting, the County Recorder’s Office provides plenty of locations to drop off ballots. Look for your ballot shortly after October 7, and return it as early as possible.

This fall, Democratic volunteers will be contacting voters using phone banks, text banks, literature drops, and postcard campaigns. There won’t be in-person voter contact due to COVID-19, a huge change from the past. The party decided that safety of both voters and volunteers must come first.

Steven congratulated all the county-wide winning candidates, and specifically thanked the members of the Club and Legislative District 13 (LD13) who campaigned on behalf of Suzanne Story, write-in candidate for Board of Supervisors District 4. She needed 795 write-in votes to get on the November ballot, and, at last count, had more than 5,700!

Club members, horrified by the July 24 arson-set fire that destroyed the MCDP Headquarters, were inspired by Steven’s resolve. “For decades, this was a home-away-from-home for volunteers and candidates. The loss is immeasurable.” We are, he said, like the storied Phoenix—rising like the bird the city is named for. He thanked all who had contributed, and said that contributions had come in from around the country.

“We are ready for the November election. The day after the fire, we held our County Convention with 800 Zoom attendees excited to move the state forward. The country is counting on Arizona in the federal races, we are dedicated to helping take back the state legislature, and we are thrilled to be fielding a full slate of qualified candidates for every county-wide seat. The November 2020 election is an immense, historic opportunity for the people of Arizona.”

The next Club Zoom meeting is September 2. For more info, please visit PebbleCreek Democratic Club at pcdemclub.org. All primary information is current as of August 9.