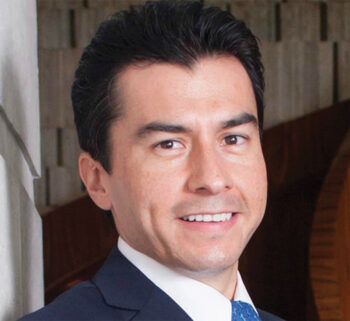 Marco Lopez, candidate for governor of Arizona, will speak at the Oct. 6 meeting of the PebbleCreek Democratic Club. The son of Mexican immigrants, a University of Arizona graduate, and former mayor of Nogales, Ariz. (elected at age 22), Lopez brings strong business and government experience at the local, state, and federal levels. He has an extensive background in economic development, international trade, and border security, and is committed to bringing people together to solve Arizona’s problems.

In addition to his mayoral experience, which included addressing the serious damage done to his city’s economy after the Sept. 11 terrorist attacks and the resultant institution of strict trade regulations, he has served as executive director of the Arizona-Mexico Commission and as policy advisor for Mexico and Latin America in Arizona Governor Janet Napolitano’s administration.

In 2008, he was appointed director of the Arizona Department of Commerce, where he developed relationships with Mexican and Canadian companies to strengthen the state’s economy and create jobs. In 2009, President Obama named him chief of staff at Customs and Border Protection (CBP), the largest federal law enforcement and trade agency, reinforcing security while ensuring legal trade and travel at our borders.

Entrepreneurship runs strong in the Lopez family. His parents and grandparents all established successful small businesses, and a decade after 9/11, Marco began his own small business, focused on bringing investments to the U.S. that would help local communities. His work has brought high-speed internet to low-income families, closing the digital divide. He started the award-winning development Skybridge Arizona, which helps American companies export their products to Mexico–on track to create almost 15,000 jobs in Arizona, and helped secure and donate personal protective equipment (PPE) to frontline workers during the pandemic.

The September club meeting with speaker Heather Macre, attorney and director of the Central Arizona Water Conservation District since 2012, was very well attended and extremely informative. For those members interested in reviewing the materials she provided, the meeting was recorded and a PDF of her presentation is available on the club website, pcdemclub.org.

The club’s meeting on Oct. 6 will be held in the Tuscany Falls Ballroom. We begin with a social hour at 6 p.m., and the business meeting starts at 7 p.m. No advance registration is necessary, and anyone interested is welcome to attend.