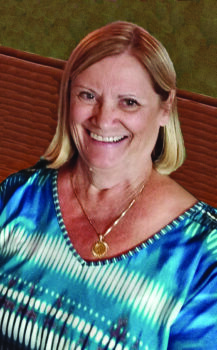 Diane Burns, 70, of Cody, Wyo., and Goodyear, Ariz., passed away in Cody from complications following surgery.

She was born April 26, 1951, in Rock Springs, Wyo., one of four children born to Aaron and Ione Deneley. Diane grew up in Rock Springs and lived there 19 years until she married the love of her life, Patrick A. Burns, on June 20, 1970. Only three months later, Pat entered the Air Force, which began an exciting journey for both of them, living in 26 different homes in nine states and one foreign country during their 35 years together in the military.

Early on, Diane worked for the Air Force as a civil servant, first in computer management and later in civilian personnel management, winning several awards for her dedication to her work. Her last position was in the Pentagon Department of Defense Personnel Office. When Pat was chosen for Squadron Command, she left her civil service career to volunteer for the Red Cross, Air Force base libraries, and to assist wives of Airmen under Pat’s command. She continued her volunteer work for the remainder of Pat’s Air Force career.

Diane loved to travel with Pat, visiting most of the countries in Europe, as well as Turkey, Russia, Hong Kong, and the Caribbean Islands, along with 45 of the 50 states. She liked to read novels, walk, play piano, card games, mahjongg, golf, crossword puzzles, Pegs and Jokers, and computer games.

Diane and Pat spent their winter months in Goodyear, Ariz., and summer months in Cody, Wyo., enjoying time with special friends in both locations.

Diane’s memorial service was held on July 16, at the Ballard Funeral Home.

Condolences for the family may be left on the Ballard Funeral Home website at www.ballardfh.com, or mailed to 122 Robertson Street, Cody, WY 82414.

Dan received both his B.A. and Master’s degrees from Abilene Christian College and his Ph.D. from the University of Iowa in 1969. Shortly afterward, he and his wife, Dorothy, moved to Portland, Ore., where he began his career as a professor at the University of Portland from 1969 to 2000, when he retired.

Dan was a serious golfer and possessed a beautiful/controlled golf swing. Dan was a member of Riverside Golf and Country Club in Portland from 1971 to 2001, where he was a past president and club champion (1979). Dan was of slight build his entire life and was never long off the tee. He made up for lack of distance by being an extremely consistent, accurate fairway wood player. He and his wife, Dorothy, moved to PebbleCreek part time in 1996 and full time in 2000 after he retired. He promptly won the PebbleCreek Club Championship three consecutive years—2001, 2002, and 2003.

Dan was a member of the Wild Bunch golf group for 20 years and played with them twice weekly. Fortunately, Dan was able to play golf until the last three months of his life, until multiple health issues weakened him.

Dan was very active in his church, especially singing. He also was very involved with the PebbleCreek Singers.

Dan is survived by his wife of 61 years, Dorothy, two sons, J. Darin, Kirt, and five grandchildren. There will be a celebration of life in the fall when friends return. Donations can be made to the PebbleCreek Singers or The Church at Litchfield Park. 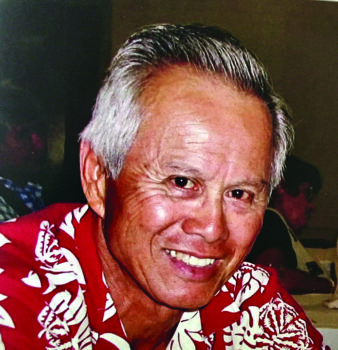 Edward received his B.A. from Stanford and his Masters from U.S.C. He resigned from the United States Air Force as a Lt. Col. after serving 22 years. Edward served as a navigator and electrical engineer. He then worked in various aerospace related companies as an electrical engineer and program manager. After retirement, he worked part-time as a ranger at golf courses in PebbleCreek for almost 20 years. Edward was an avid golfer. He also loved racquetball and played it since his early twenties.

Per his wishes, there will be no service or memorial.

Susan E (Ainbinder) Kagan passed away on July 4, 2021. She was born in Salem, Mass., on Aug. 25, 1940, to Hyman and Freida Ainbinder. She grew up in Peabody, Mass. She married Charles G. Kagan, and they settled in Wakefield, Mass., where they raised their two sons, Russell and Stephen. Sue worked for Gillette and Houghton Mifflin for many years. After supporting her husband and sons in completing their college degrees, she returned to college herself, earning her degree in Education at Salem State College. She then worked as a K-12 teacher for several years before she and Charlie retired to PebbleCreek in 1997.

Sue was a loving wife and mother, and devoted and proud grandmother. She had the capacity to love not only her family but those loved by her family, and many people called her “Mom.” Since moving to PebbleCreek, she enjoyed many of the social aspects of retirement, including being active in the PebbleCreek theater, book clubs, and playing mahjongg. She volunteered for years at the Southwest Lending Closet. Her faith was important to her, and she gathered with other women (the “Mitzvah Chicks”) to complete the study and preparation to be a Bat Mitzvah.

Sue is survived by her husband Charlie, her sons Russell and his wife Denise of Columbus, N.C. and Stephen and his partner Robin of Victoria BC, grandsons Jacob and Noah, brother Norman (Annette), and several nieces and nephews.

Her smile, warmth, and love will be missed by those who knew her.

Carol Ann (Semancik) Nigh, 80, of Goodyear, Ariz., passed away on June 24, 2021. Carol was born July 11, 1940, in Cleveland, Ohio, to Frank and Ann (Zales) Semancik. She grew up in Cleveland, attended elementary school and church at Nativity Blessed Virgin Mary Church, followed by Marymount High School. Carol attended Kent State University where she met the love of her life, David Nigh. They were united in marriage in Cleveland, Ohio, over 61 years ago. They settled in Northfield, Ohio, where they raised their five children and were active in the school and parish of Saint Barnabas Catholic Church. The family moved to San Jose, Calif., in 1975, where she was active at Holy Family Parish and in the Marriage Encounter programs. Carol worked at several places, including Mervyns and Dole Foods and retired from the Santa Clara Valley Water District. Upon retirement, Carol and Dave made Goodyear, Ariz., their new home, where they were active members of the PebbleCreek community, the Saint Thomas Aquinas Parish, and later, the Saint John Vianney Parish community. Carol enjoyed crocheting, bocce, playing card and board games, but most of all, just being with her family.

Carol was preceded in death by her parents, Ann and Frank Semancik, and her sister, Patricia.

On Saturday, June 12, we lost a splendid man;

But none of these words can sum up what he meant to those who knew and loved him, laughed with him, and recognized the depth of kindness in his heart.

Born in Burlington, Vt., to Robert and Marguerite Stanley, later moving to Norwich, Conn., and graduating from Norwich Free Academy in June of 1961. From there went on to spend four years in the service. He spent many years exploring the Gulf Coast area, eventually getting his B.A. from the USM before moving to New Hampshire, which became his home for the rest of his life. There he earned his Master’s degree in Counseling. He leaves two daughters, Stacey Manning (Griffin), Robyn Saltalamacchia (Michael), and one son, Matthew Andersen, brother, Eugene (Lois), and grandchildren William, Hayden, Alexis, and Julia. His passing leaves a deep hole in all of their hearts but also great memories and lifelong inspirations.

In New Hampshire, Bob met and married his wife, Jerri (Jansma) Stanley, and for more than 38 years they earned every one of their smile lines and wrinkles together as they pursued their careers, and then enjoyed retirement splitting time between PebbleCreek and the Lakes Region of New Hampshire. In PebbleCreek, Bob enjoyed making new friends, fostering dogs, playing softball, golf, and woodcarving.

Coaching football and baseball were one of his passions in life, along with woodcarving and fly-fishing. After many years in retirement as a guidance counselor and coach, he still heard regularly from students, players, parents, and fellow teachers and coaches who loved him for the wonderful man he was and the gifts of laughter and inspiration he brought to their lives.

Woodcarving became more of a pastime for Bob later in life. He would spend many happy hours in the zen of woodcarving, creating beautiful birds and wildlife while listening to music and singing along to familiar songs, many of them from the time in college when he and Jimmy Buffett were roommates and having a swinging time. He’d say he was busy “making toothpicks” but in truth he created many stunning works of art.

His many friendships remained long, loyal, and full of laughter. Friends from every chapter and time of his life have kept the communication lines open over the years, from elementary school on. His life was not without pain, but a beautiful life indeed.

Bob and Jerri’s spiritual home is the Unitarian Universalist Society of Laconia, N.H. We thank the church membership, friends, and family, both here in PebbleCreek and there, for their tremendous support during Bob’s long struggle with cancer, and added struggle with Parkinson’s disease.

A service in celebration of his life will be held in Laconia, N.H., at a later date. 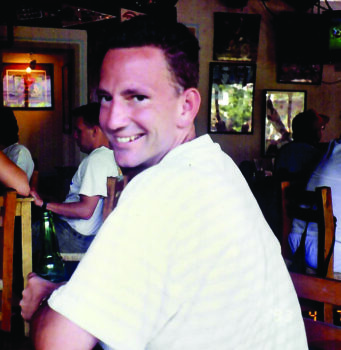 You have given all of us a gift that we will never have a chance to repay you for and one that we will cherish forever. That gift is you. Thank you!

You touched so many hearts of friends and family with your kindness, your compassion, and generosity in all ways. You gave each of us here, as well as those that wished they could be here, a life of love and happiness that exceeded our wildest dreams.

We promise you that we will love you with all of our hearts for the rest of our lives.

Todd was born on Oct. 5, 1965, in Burbank, Calif. to Philip Gitzinger and Patricia Gitzinger. He was unexpectedly taken from us on June 9, 2021, at Abrazo Hospital in Goodyear, Ariz.