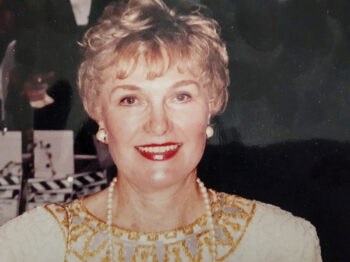 Marlene Calder, age 85, passed away peacefully at her home in Goodyear, Ariz. on Tuesday, April 27, 2021, after a 9-month battle with lymphoma. Her family and friends surrounded her with love and prayers throughout her illness. Her last days were filled with love and grace—just as she lived her life.

Marlene, born in Erie, spent much of her life there and at her family cottage in Harborcreek, Pa. She graduated from Villa Maria Academy in 1953, where she enjoyed baton twirling for her high school drill team. At age 20, Marlene married Peter C. Schaaf and raised a family of four children. They opened Schaaf Hardware as newlyweds and ran the store for more than 20 years. Later they partnered in Schaaf Builders, a building and land development company. Marlene held a real estate broker’s license and enjoyed a career with Spiegel Realtors for several years thereafter.

Marlene married James M. Calder in 1989. They enjoyed 32 blissful years together. They resided in Huntington Beach, Calif. for more than 10 years where they enjoyed many special memories at the beach and with family and friends. They later moved to an active retirement community, PebbleCreek, in Goodyear, Ariz. There Marlene enjoyed many wonderful friendships. Together they enjoyed golf, cards, fitness, and many other activities. Marlene loved to travel and was always up for visiting family and friends in about every corner of the country.

Special thanks to the Arizona Family Hospice Team, especially Lori, her hospice nurse. Their care and compassion during a difficult time will never be forgotten. She was also very grateful for the love and care of dear, lifelong friends in Erie as well as cherished friends in Arizona who supported her and the family with calls and visits, cards, acts of service, food, flowers, ribbons on the trees, and many, many prayers for healing, comfort, and peace.

In lieu of flowers, donations may be made to Our Lady of Mercy Catholic Church, 837 Bartlett Road, Harborcreek, PA 16421 or a charity of choice. 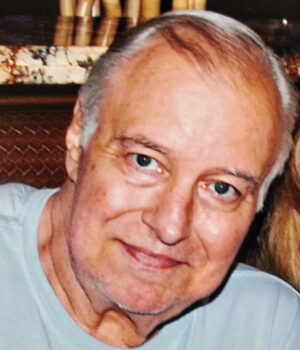 Jack W. Evans, age 78, passed away on April 24, 2021 at home surrounded by his family. Jack was born at Alexandria Army Air Base in Louisiana, while his father served in Europe in WWII. His mother died there when Jack was five. He lived with grandparents in Ohio during the school years, where he learned to race cars. He spent summers in Las Vegas where his dad was a hotel executive. He raced cars on the Las Vegas Strip before the streets were paved. He was personal friends with many Las Vegas entertainers and their families. Roy Rogers gave him a pony for his seventh birthday. Jack played football for Woody Hayes at Ohio State, was a Raiders and Padres fan. He served in the 25th Army Infantry with heavy combat duty in Pleiku, Vietnam. Jack worked for Reynolds Electrical & Engineering at Nevada Test Site in Area 51. He ultimately became an automobile dealer. He drove in the Mint 500 Races. He was the president of the NV Corvette Assoc. As president of the NV Arabian Horse Assoc., Jack was passionate about horses. He owned several champion Arabian horses, winning many U.S. and Canadian honors. He was an avid hunter/ fisherman. He loved musicals. He and his wife Mary Ann traveled to Europe, England, Scotland, Alaska, Hawaii, and Canada. They went to New York and San Francisco to see theatre productions. He and his best friend John Curry attended NASCAR events. He loved classic cars. Jack had his first heart attack in 1998. Mary Ann felt he had high octane fuel in his veins rather than blood and expressed concern the electricity from the first pacemaker would ignite it. In 2008, he went to Bangkok for cardiac stem cell treatment. In 2017, he received an LVAD heart pump. Jack and Mary Ann moved to PebbleCreek Country Club in Goodyear in 2013. Jack was a cardiac invalid, limited in mobility, but he loved PebbleCreek and was a member of Irish Club, Italian Club, Fine Dining Club, Wine Club, Gun Club, and Classic Car Club. He was a member of St Peter’s Episcopal Church.

Jack’s parents, Pearl Heinz and John T. Evans predeceased him. He is survived by Mary Ann, the love of his life for 38 years, daughters—Amy McConchie (PebbleCreek), Briar McConchie (Kerrville, Texas), Erin Holland and Tim (Reno), Godsons and nephews, Ken and Mike Hogan (Las Vegas), best friend John Curry (Stuart, Fla.), brother-in-law Lewis Wilbur and Deborah (PebbleCreek), and a host of friends. There will be a celebration of life and honor guard in October at the PebbleCreek Armed Forces Plaza. Donations in lieu of flowers to St Mary’s Food Bank 602-343-5636.

Dick graduated from Washington High School in Sioux Falls, then obtained his bachelor’s degree from Augustana College and a master’s degree from St. Cloud State University. He also served honorably in the United States Air Force from 1963 to 1967, reaching the rank of Captain.

He was a teacher in Minneapolis Public Schools and later worked at Honeywell/Alliant Tech Systems. Dick was a storyteller extraordinaire—he loved to talk to others—and enjoyed reading and teaching others about history.

He is survived by his wife, Lucy Falor, daughter Allison (Steve) Larson, and son Michael (Annette) Falor. Dick is also survived by his brother, Jim (Jan) Falor, and three grandchildren: Zachary Fitzgerald, Sam Larson, and Paige Falor. He was preceded in death by his parents and grandparents.

In lieu of flowers, the family asks that donations be sent to the Mayo Clinic or the American Heart Association in honor of Dick.

Condolences for the family can be left at www.thompsonfuneralchapel.com/obituary/richard-dick-c-falor.

A celebration will be held locally at a later date. Local arrangements have been entrusted to the Mueller Funeral Home in Ottawa.

Lyn was born on March 25, 1947, in Ottawa to Stanley and Mildred (Murley) Ahern. She was a graduate of Ottawa Township High School. Lyn worked in the office at Libbey-Owens Ford for 30 years. She married Tom Henderson, Sr., on June 7, 1980.

She is survived by a brother, Jim Ahern of Reno, N.V., and a sister Gayle (Fred) Beyer of Ottawa.

She was preceded in death by her parents and her husband.

Memorials may be directed to the donor’s choice.

You may sign the online guestbook and share remembrances at www.MuellerFH.com. Mueller Funeral Home and Crematory is located at 800 First Avenue, Ottawa, IL 61350 and may be contacted at 815-434-4433. 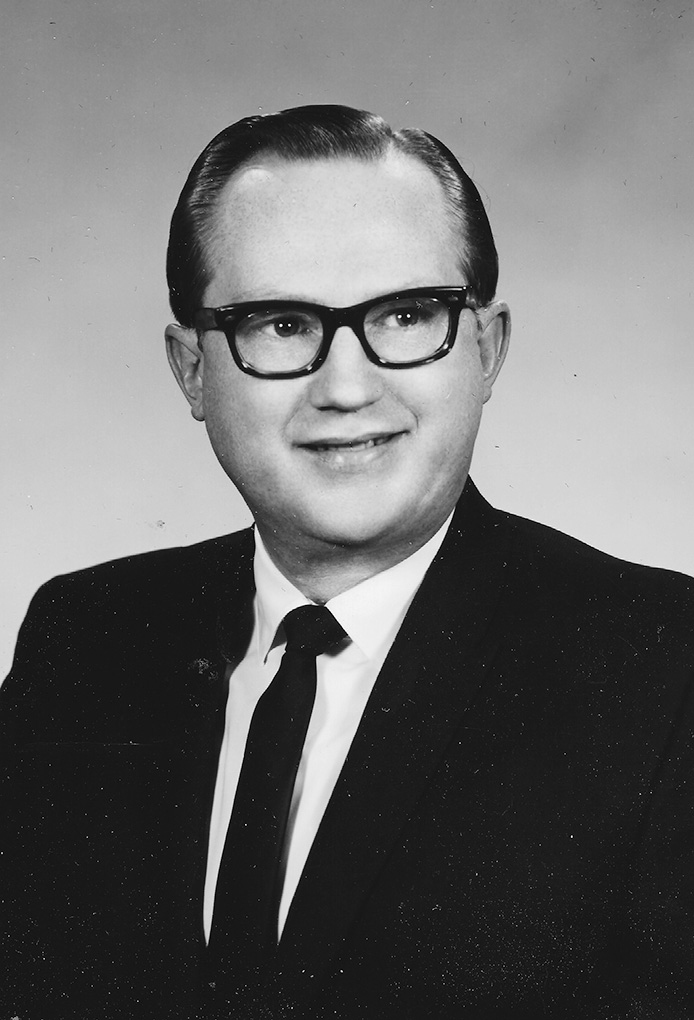 Donald Emanuel Nelson, long-time Minnesota educator and Goodyear Ariz. resident, died peacefully in his home April 11, 2021 from heart failure. Don was 94. He was born Feb. 16, 1927 on a rural southwestern farm in Brewster, Minn.

He graduated Brewster High School and soon entered the United States Army serving in the Headquarters Squadron, 28th Bomb Group in the Asiatic-Pacific theater. Within weeks of being discharged, he matriculated at Gustavus Adolphus College, St. Peter, Minn., where he earned a Bachelor of Arts degree in English and Speech, later a Master of Science Degree from the then Mankato State College, and pursued other academic endeavors at Bowling Green State University, Bowling Green, Ohio. Don retired as a tenured Assistant Professor of Speech Communication after teaching for 40 years.

Don is survived by his loving wife, Yvette, along with three sons, Kraig, David, Scott, and grandson Rylan, all residing in metropolitan Phoenix. The Nelson’s fourth son, Kirk, died June 17, 2018, after a three-year battle with cancer.

Services for Don will be private.