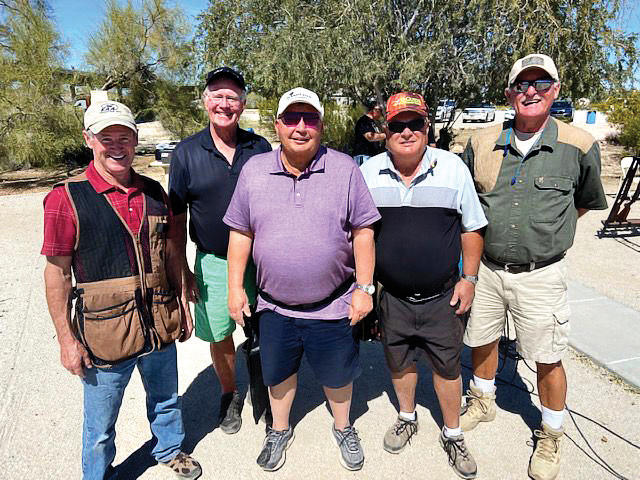 Ten PebbleCreek Gun Club members competed in the club’s annual skeet contest March 22. Scores were close, and two members took part in a shoot-off to settle a tie for third place. The club awarded cash prizes to the top five shooters that day.

Eighteen members vied for top shot in the timed bowling pin pistol event April 1, which was the final competition of the shooting season. Members had four chances to knock down five bowling pins perched on a wooden beam or a table depending on the type of ammunition used. Each member’s two best scores were combined to reveal the top five winners. The club awarded cash prizes to the top five pistol shooters that day.

The top three skeet and bowling pin shooters, along with the top three shooters in each of the club’s competitions, received trophies at an awards dinner held in April.

The club suspends organizing shooting during the summer and resumes in the fall. Shooters of all levels are welcome to join the gun club for trap/skeet shooting on Tuesdays and pistol/rifle shooting on Fridays at the Joe Foss public shooting range in Buckeye. Contact Jerry Younker, club president, at [email protected] for more information.