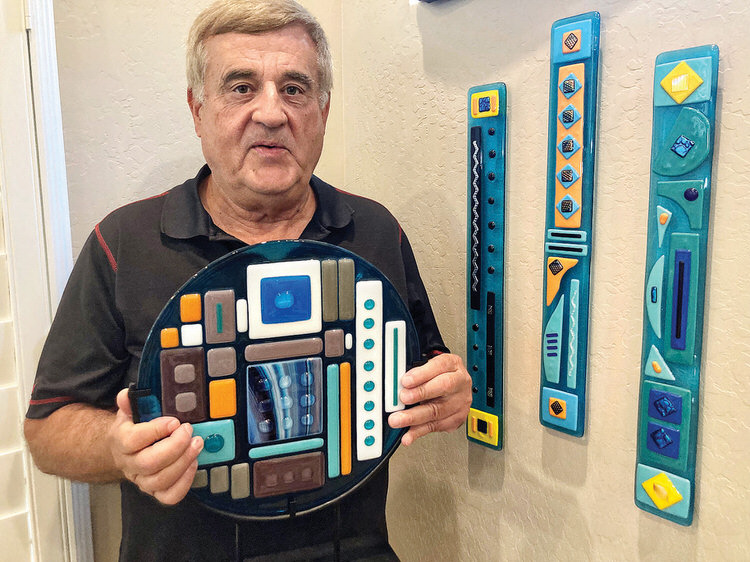 Terry grew up as a farm boy in Le Mars, Iowa. He attended South Dakota State University on an Air Force ROTC scholarship, graduating with a degree in professional chemistry. Terry also earned his M.B.A. from Arizona State University. He earned his optometry degree from the Southern California College of Optometry and started his career as a doctor of optometry in Utah in 1981. He established an optometry clinic in downtown Salt Lake City, where he met his wife, Karen. They raised two daughters, and Terry continued his military career as an Army Reserve officer and retired as a lieutenant colonel after 30 years of service. Thank you, Terry!

Always wanting to retire to Arizona, the Berners had a new home built in PebbleCreek in 2014. Terry sold his optometry practice in 2015 to an associate, and Karen retired as an assistant director of hotel sales. That is when they arrived full time in PebbleCreek in June 2015.

Terry wanted something to do in the hot summers, so he joined the PebbleCreek Glass Arts Club in 2019. Terry says he is not artistic, but very creative. Prior to fused glass, Terry had done some stained glass. Working with glass his entire career, this seemed like the perfect avenue for Terry to pursue. He feels more like an engineer designing and fusing the glass. He thinks it’s a great art form for a guy who loves math and geometry, and he encourages men at PebbleCreek to explore this art form. This was also a great thing to do when COVID changed everyone’s social and travel plans.

Amongst Terry’s collection of completed projects are serving trays, coasters, wall art, drink stirrers, picture frames, bowls, and masks (that his wife won’t let in the house)! He enjoys giving his work away to friends and family. Terry especially enjoys working in the glass studio and interacting with other artists, where everyone is so friendly and helpful—always learning something new.

In Terry’s spare time, he enjoys numerous recreational activities and belongs to several clubs here at PebbleCreek. He loves to travel and spend time with his girls and family. Just for fun, he works as a security guard at the Cardinal football games and serves on the Valley of the Sun YMCA advisory board of directors in Goodyear. In addition, Terry and Karen are PebbleCreek Ambassadors.

You can find Terry’s works of art in the Gallery or in the window displays. If you see Terry working hard in the glass studio at the Creative Arts Center, stop by and say hello!