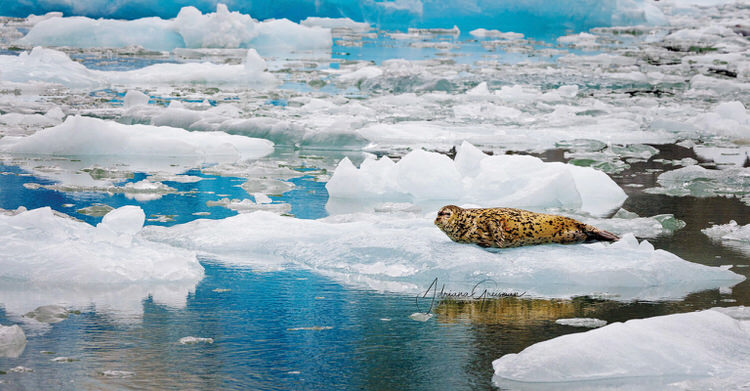 Chilling—Adriana Greisman’s impressive photo of a harbor seal relaxing on an iceberg at Sawyer Glacier near Juneau, Alaska

Each month the Camera Club selects a picture as Photo of the Month and for September, chose an impressive picture of a harbor seal taken by club president and award-winning photographer Adriana Greisman while on a recent photography tour/adventure in Alaska. Adriana titled her photo “Chilling” since the seal was just relaxing on an iceberg at Sawyer Glacier near Juneau, surrounded by “bergy bits” (small icebergs or large chunks of ice). This cool scene likely seems very inviting to those of us who have endured the summer heat and humidity here in PebbleCreek.