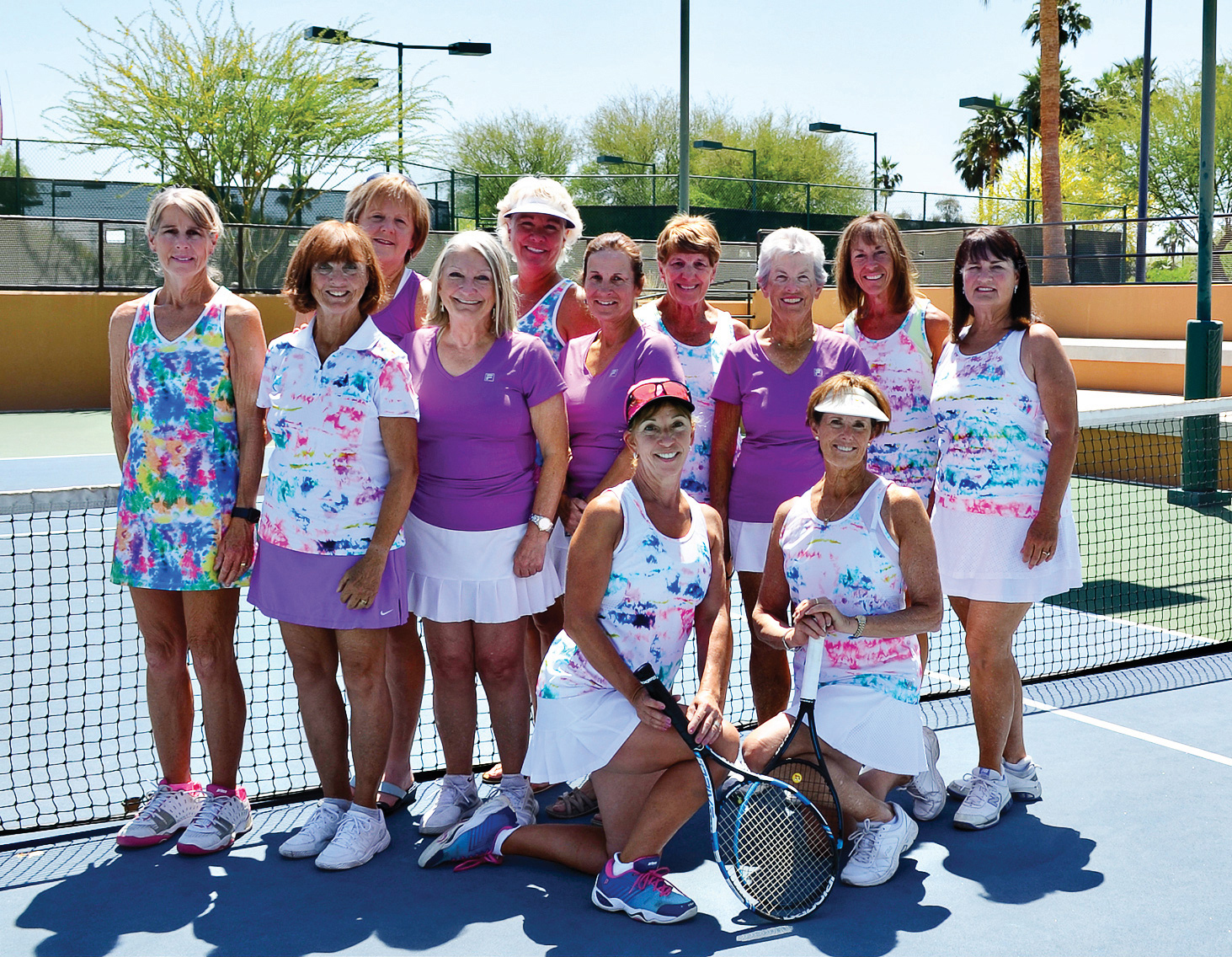 If you were fortunate to have strolled by Tuscany Falls tennis courts 9, 10, and 11 on April 20, from 9 a.m. to 12:45 p.m., you would have seen six women playing for PebbleCreek. They fought hard to retain first place in the Women’s InterClub Tennis League (WITL) B3 Division against defender and third place team, Paradise Valley Country Club’s Sets and the City. The team is named Passion, and it was the final match for the season; it proved to be a nail-biter down to the last set. The results were determined and solidified by wins at line 1 and line 3, which allowed Passion to receive a “bonus point.” The 3-1 win was enough for Passion to retain and remain in first place in the division, allowing the team to advance to the B2 Division for the 2021-22 season. Non-playing Passion teammates came out to support and watch the final match, and they celebrated as a team their first place advancement.

WITL’s PebbleCreek Passion inaugurated their team in the B3 division in 2017 with 12 women captained by Pat Ingalls. The WITL league consists of competitive tennis teams in Maricopa County from Gilbert to Scottsdale, who play on Tuesday mornings from late September until mid-April. The matches consist of three doubles teams, playing women of all ages. This is no small feat, as Passion’s average player age is 63; they often play women who could be their granddaughters! Passion has held a respectful B3 mid-division finish each year, until this season, which was captained by Debbie Welsh and co-captained by Vikki Constable. Debbie Welsh shared her perspective on the season end results, “Our team is comprised of many seasoned and talented players. Each player brings her own style of strength to the team. We were rewarded with successes by aligning the players with partners to complement their styles and using their strategies to keep their opponents second-guessing the next point’s shot selection.”

As many of the teammates leave for the summer, Passion will continue to practice at the courts, as well as away from their home facilities, anticipating a new season, a new division, with a common goal. The 2021-22 captain will be Vikki Constable with Cindy Henry as co-captain.