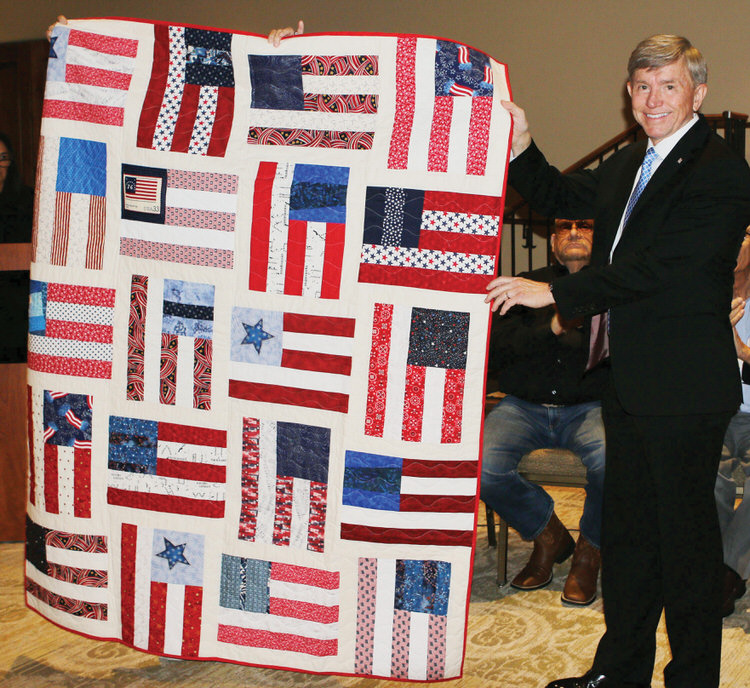 PebbleCreek veterans were honored at an appreciation luncheon on Nov. 10, in the Tuscany Falls Ballroom. Recipients ranged from those engaged in active combat to those who were stationed in the U.S. to support our troops abroad. Some veterans were wounded in Vietnam, others were on peacekeeping missions during the Cold War, and some were bunkered in the United States in units responsible for nuclear weapons. Our PebbleCreek veterans included a rifleman, pilots, a radar expert, an aircraft repair commander, a Yeoman, a dentist, a veteran on secret missions, and another exposed to Agent Orange. What all the PebbleCreek veterans had in common is that each one made an individual sacrifice by leaving their loved ones to serve our nation.

At the luncheon, a story was told about each veteran’s military experience. The stories were heartwarming, funny, and sometimes poignant. Stories from past military careers revealed the history and experience of those serving our country. Each veteran was then presented with a special quilt from the PebbleCreek Quilters. The red, white, and blue quilts were gifts of love and appreciation.

The 20 veterans receiving the beautiful quilts were nominated by PebbleCreek residents. PebbleCreek residents interested in nominating a veteran for an appreciation quilt next year should contact Linda Rowe, 2022 Vets Quilt chair, at [email protected] or call 307-331-2450.