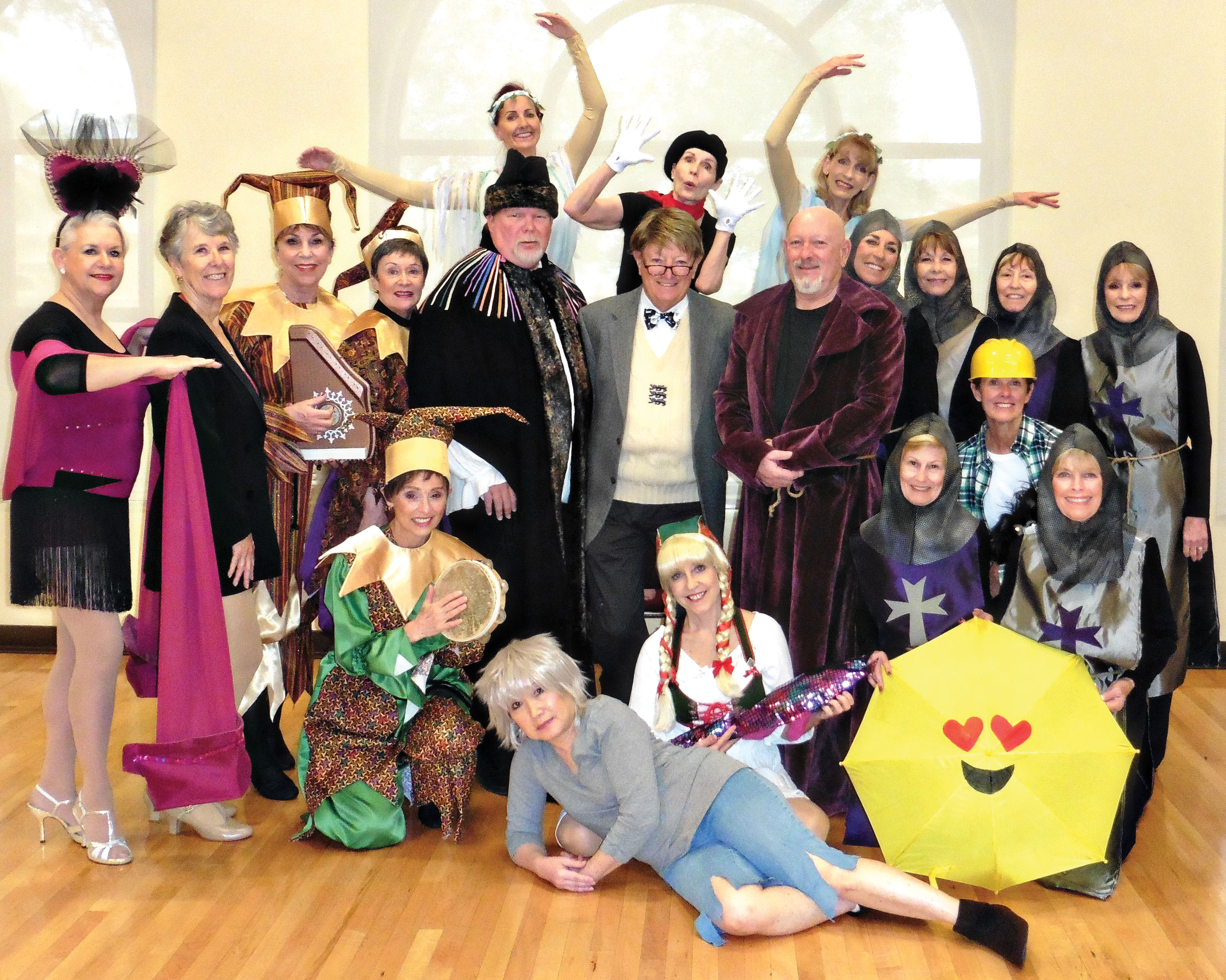 Some of the Spamalot crazy characters

Watch out, PebbleCreek, ShowTime is presenting the hilarious award-winning Broadway musical Spamalot this spring and this production promises to be the funniest and most over-the-top show ever seen on the Renaissance Theater stage.

Monty Python lovers will thrill to see the musical version of the 1975 film Monty Python and the Holy Grail, which is a parody of the legend of King Arthur and the Knights of the Round Table and their quest to find the Holy Grail. The story begins with Arthur gathering his knights, taking them to a Vegas-style Camelot, and then encountering some very unusual characters as they continue their journey through a large (and expensive) forest. There are brave knights, beautiful chorus girls, dancing monks and terrifying creatures, all played by PebbleCreek’s most talented singers, dancers and actors. If this was a movie, it would likely be rated PG-13.

Spamalot runs six nights from Monday April 3 to Saturday April 8. Tickets, which are only $15, go on sale Saturday, March 4, 8:00 to 10:00 a.m., in the Renaissance Theater. If there are any tickets remaining after the opening day of sales, they will be available at the Eagle’s Nest kiosk on Monday, Wednesday and Friday from 10 a.m. to noon.

Cheeky, satirical and just a little bit bawdy, the New York Times newspaper advises that Spamalot combines “the anarchy of the Marx Brothers with a rarefied British spirit of absurdity and a straight-faced irreverence regarding all sacred cows.” Or as Eric Idle, the playwright and original Monty Python member, once told a Spamalot cast and crew, “It’s Python, not Shakespeare,” so expect it to be silly and fun.