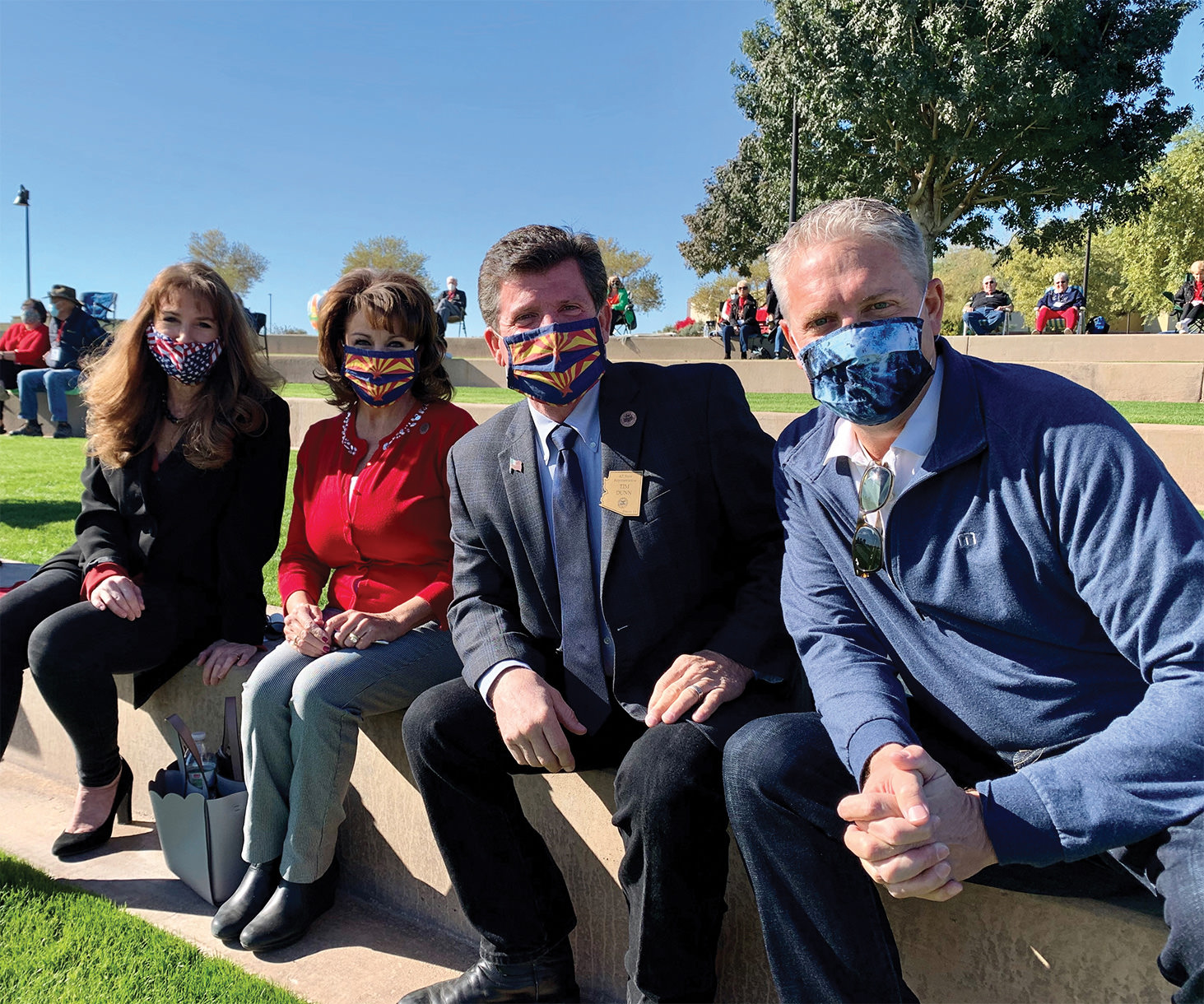 The PebbleCreek Republican Club held the December membership meeting at the Bullard Wash Amphitheater on Dec. 5. President Doug Krause began with a prayer followed by the Pledge of Allegiance led by Representative Joanne Osborne. He introduced the Executive Committee and then conducted a brief business meeting. Membership Chair Linda Kesselman reported a 25% increase in membership during 2020.

Clint Hickman was first to speak to the membership. Clint was re-elected to the Maricopa County Board of Supervisors and serves as chairman. The board sets the agenda and approves a budget that allocates money to all departments and elected offices. Since Maricopa County is the fastest growing county in the nation, earlier this year, the board of supervisors took action to enhance the way county elections are run, and created a countywide election work group. Hickman explained that the intent was for the board of supervisors to take an active role in election activities. The board created a new executive structure that included oversight of the recorder, leased new technology to improve the way ballots are counted, and studied staffing needs to support expected voter turnout.

Tim Dunn spoke about the role of the Arizona legislature in the Electoral College and the processes in place to decide how the electors are chosen. Joanne Osborne and Sine Kerr spoke about legislative topics, committees, and gave a forward view of the issues in the nation and in the state of Arizona.

The PebbleCreek Republican Club provides an environment for Republican fellowship and discussion, and serves as an educational forum for Republican ideas and principles. Due to gathering restrictions in PebbleCreek’s facilities, monthly meetings that are usually held in the Tuscany Falls Ballroom are on hold. If you are interested in joining the club, contact Linda Kesselman, membership chair, at [email protected] You can also visit www.pebblecreekrepublicanclub.com for information about the club and view pictures from the meeting.