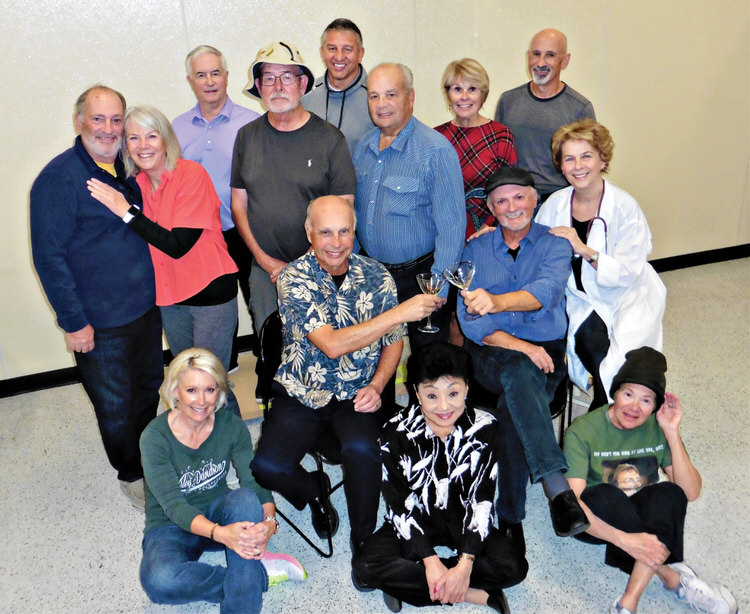 The cast of Remembering M*A*S*H

Grab your martini glass and get ready to laugh out loud when the whole gang from the 4077th Mobile Army Surgical Hospital comes to PebbleCreek this spring.

PebbleCreek Players is presenting an original production called Remembering M*A*S*H, and it will feature all of your favorite characters from the award-winning television show, including Hawkeye Pierce, Colonel Blake, Radar, and Hot Lips Houlihan.

Co-written and co-directed by Jon Lindstrom and Donna Gray, Remembering M*A*S*H incorporates some of the best moments aired during the 11 years the show ran on television. With 256 episodes to choose from, how did they narrow it down to the top 21? Donna says that they tried to use scenes that made them either laugh or cry, and Jon adds that they had to be able to weave those scenes into one cohesive story. Both say this production will be a trip down memory lane for anyone who watched the original broadcasts, and it will definitely stir some emotions. Jon notes they have kept the television show’s message about the rules of war. As one episode puts it, “There are certain rules about a war. Rule number one is that young men die. And rule number two is that doctors can’t change rule number one.”

Remembering M*A*S*H will run five nights from Tuesday, March 8 through Saturday, March 12. Tickets will go on sale in early February, so watch for more information as the date gets closer.

Almost 40 years after airing its final episode, M*A*S*H continues to be a huge favorite with television audiences around the world. Remembering M*A*S*H promises to be just as funny and thought-provoking, and best yet, it will be your friends and neighbors who are living in “The Swamp.” Drink, anyone?