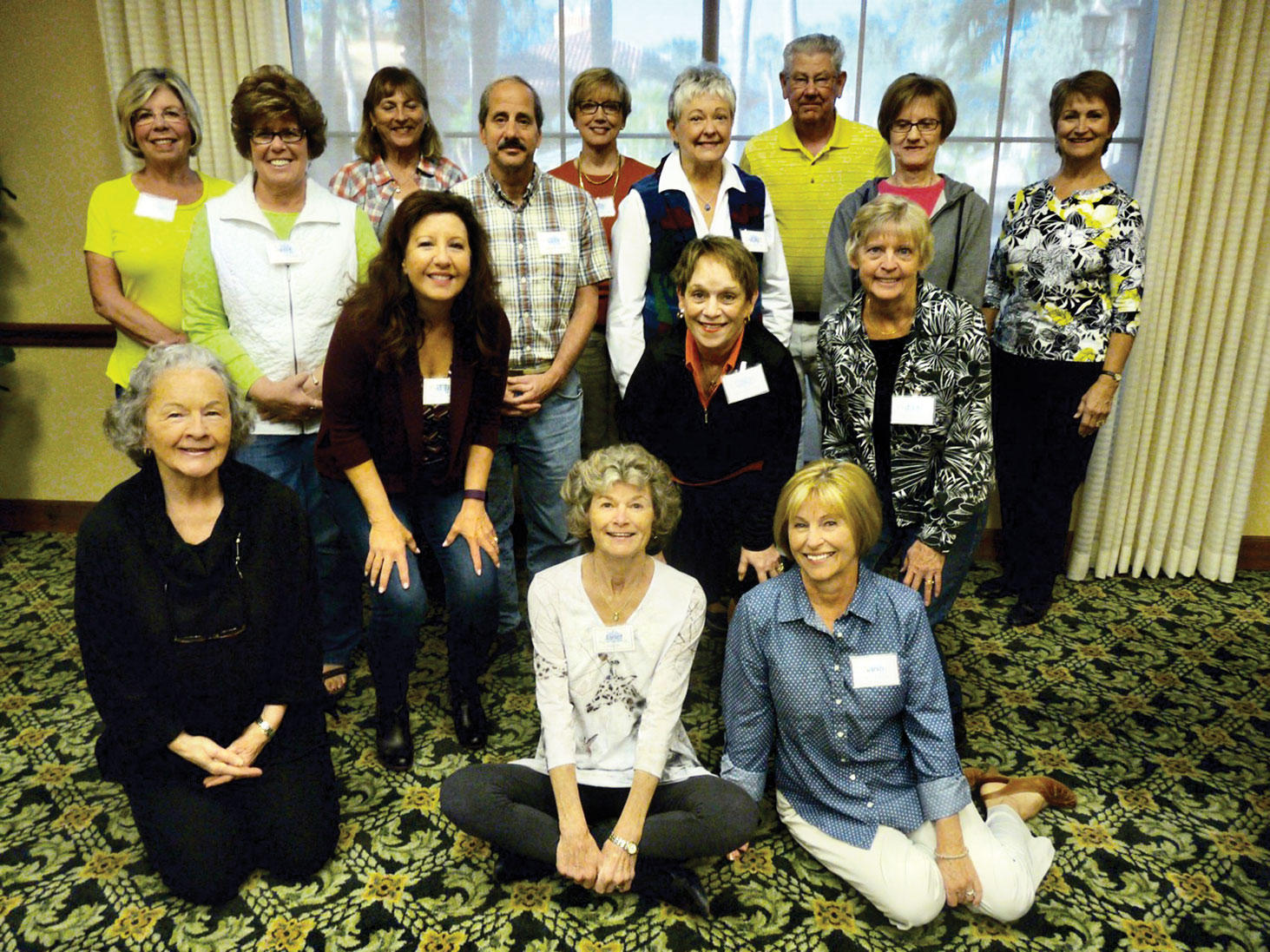 On February 17, the PebbleCreek Recreational Mah Jongg Club welcomed 12 new graduates who completed the six-week class for beginning Mah Jongg players. According to club President Janet Day, there now have been 264 Creekers who have taken the class.

Is Mah Jongg a game of skill or a game of luck? The answer is “yes.” Experienced players acknowledge that luck plays a role, but learning the terms, being familiar with the card, knowing strategies and practice – practice – practice help players be more successful in playing this challenging and complex game.

“Five Crak, Flower, Same, Soap, Eight Bam, call” and other such terms were confusing at first and seen as a crazy code, but became easily understandable as students learned the rules, procedures, terms and strategies in the game. Those who first thought it might be an all too complicated endeavor, by the end of the class were eager to begin playing on a regular basis. They had cracked the code, had opportunities to practice and had been introduced to the standards of the National Mah Jongg League. Another class will be offered in the fall and those interested in enrolling may sign up across from the Pro Shop in the Eagle’s Nest Clubhouse.

All PC residents interested in playing Mah Jongg are invited to join other club members in the Tuscany Falls Clubhouse for fun and frustration on Monday afternoons and Wednesday afternoons, from noon to 4:00 p.m.