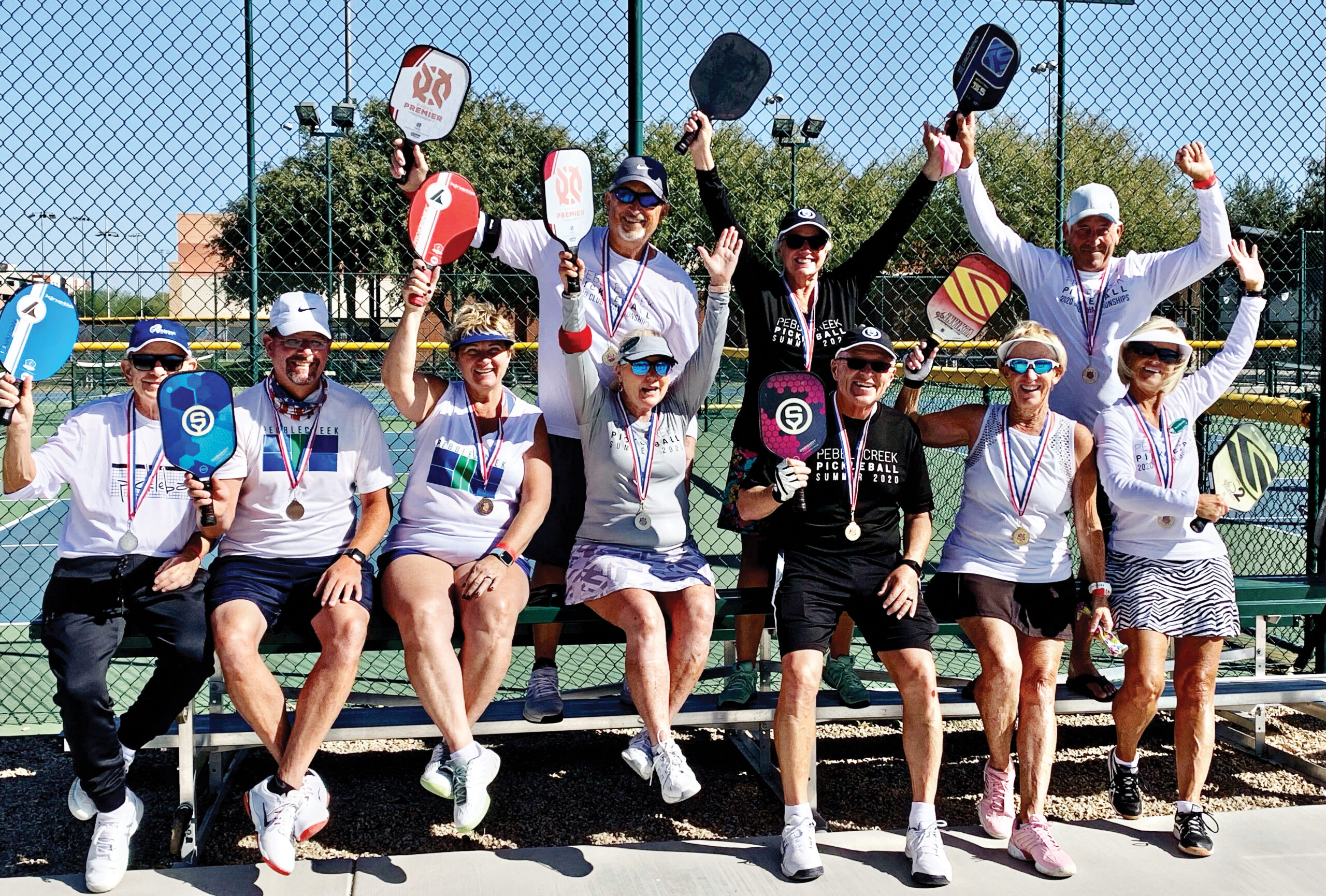 The Amateur Athletic Union (AAU) is an organization dedicated to the promotion and development of amateur sports and physical fitness programs in the United States. The AAU philosophy is “Sports For All, Forever,” and includes pickleball in the list of 44 sports that it supports.

The AAU recently sponsored a pickleball tournament, the AAU Pickleball All Ages and Skills plus The Road to the AAU Junior Olympic Games. Held in Surprise, the tournament offered events for ages 7 to 99. This non-sanctioned tournament attracted players from PebbleCreek. It included matches in skill/age and also senior categories. PebbleCreek club members won 30 medals in 12 categories.

Ellie Love won four medals in mixed doubles and women’s doubles, including two gold, one silver, and one bronze. She commented, “It was really fun to get back on the courts for safe tournament play after all the cancellations due to COVID-19.”

Lezlee Leonardi partnered with Jeff Antrican. Lezlee said, “Jeff has been my mixed doubles partner for over a year now. Communication on the courts is one of our strengths, and he’s always very supportive and encouraging. I enjoyed playing in this tournament to support the AAU Junior Olympics. Lots of Creekers played, and the support from our friends and neighbors was amazing!”

Patti Holden commented, “When I saw the AAU tournament was going to be in Surprise, I thought it would be a fun thing to do. I had a blast with friends and family all cheering us on. And, at the same time, it was nerve-wracking.”

Below are the results for PebbleCreek club members: