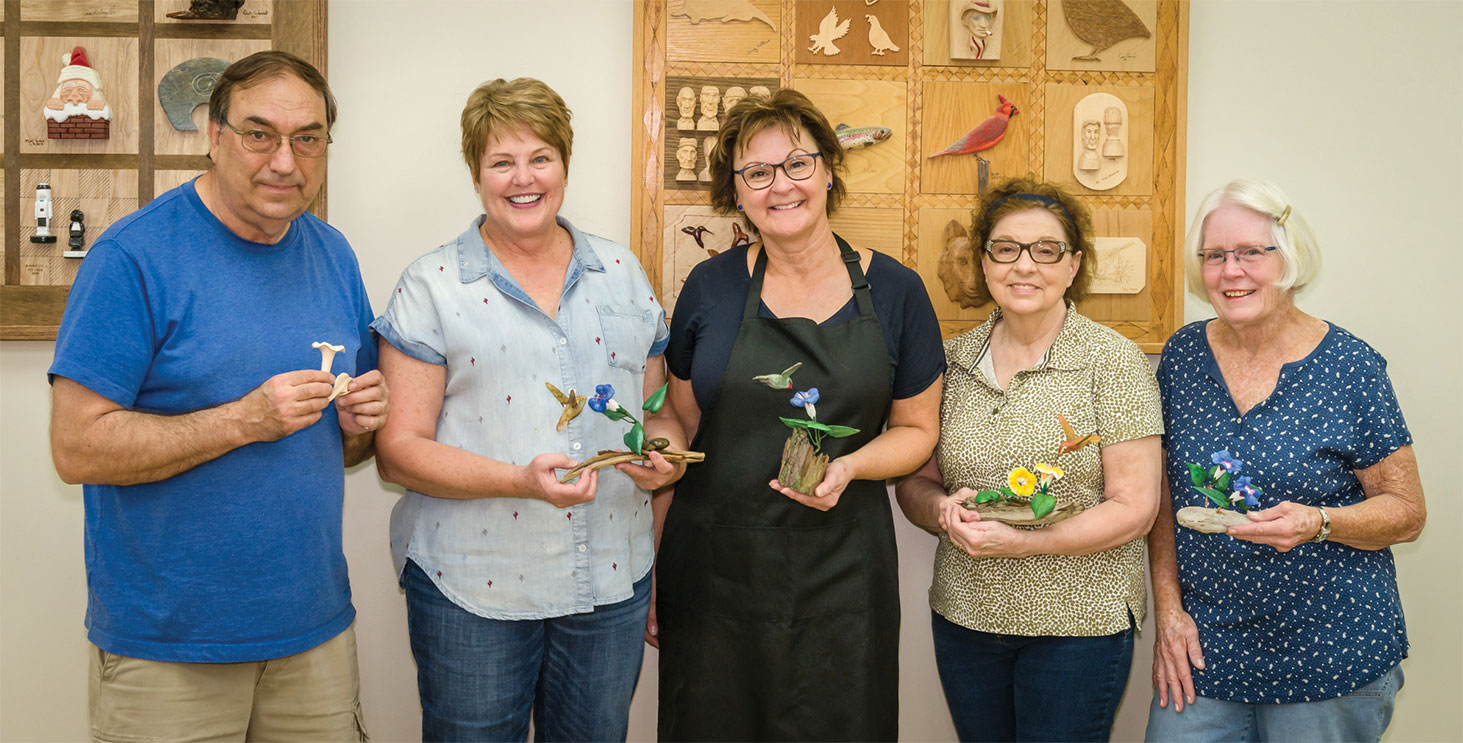 PebbleCreek Woodcarvers Club members completed a Flower Bloom woodcarving class on April 12, 2019. The Flower Bloom is a Morning Glory flower with several leaves and a stem. The carving is beautiful by itself, but it also serves as a mount for a Hummingbird carved in an earlier class. Three of the completed carvings show the Hummingbird with the flower.

Club members produced wonderful work over the last carving season, but the club does not shut down over the summer. There are many club members that carve throughout the year so stop by the Quail Room in the Creative Arts Center and see what they are creating.

Prospective club members may sign up for the Beginner’s Class by October 1 or January 1 each year. The one-day class, which focuses on tool safety and how to carve a simple project, will be held around the middle of October or January respectively. The cost is $25. Class attendees will then have the option to join the club if there is continued interest. However, club membership is open only to PebbleCreek residents. Please contact Tom Wick if interested in attending a Beginner’s Class. Tom can be reached at 262-408-7355 or via email at [email protected] Regular carving classes are held from October through April. The carving room is available for club members daily throughout the year, except for Thursday mornings when another club uses the room.