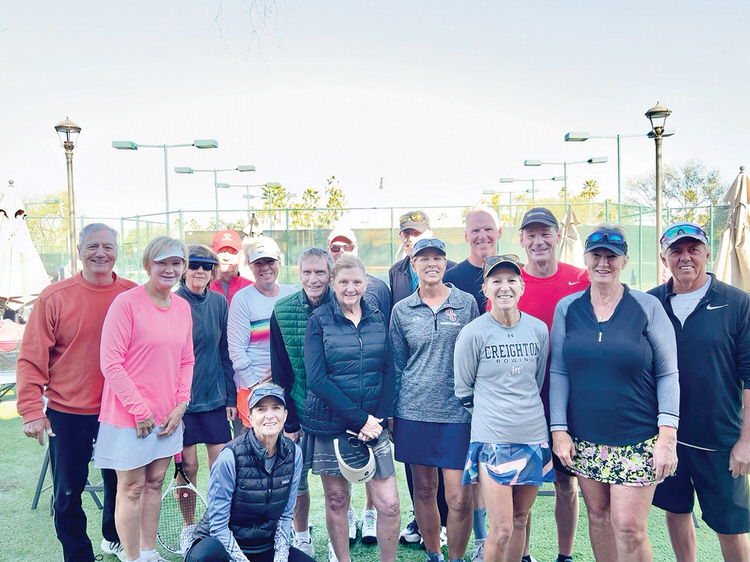 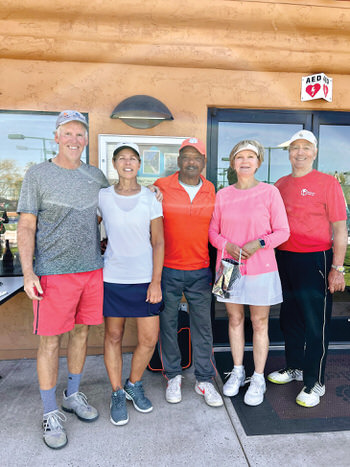 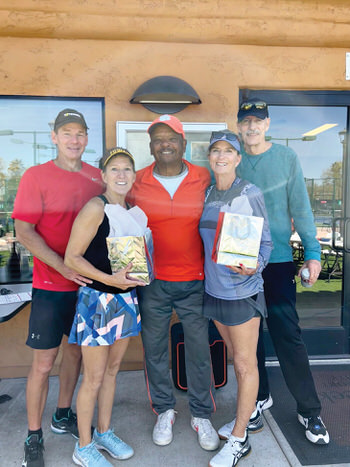 On March 12, the PC Tennis Club had an exciting morning by which the best of the best competed in our annual tennis championship tourney, coordinated by tournament director Aquine Jackson. This event took place on a gorgeous and dazzling Saturday morning.

There were sixteen participants in the tournament, with two categories, “A” and “B.” Being mixed doubles, it was a team consisting of one male and one female. At the end, the winners were awarded the distinguished honor of having their names engraved on the plaque in the Tuscany Falls Sports Complex/Tennis Hut. This plaque is a history of the notable players who have been part of the tennis program from years past. It’s a great honor.

Watching this event in real time was like watching a very special orchestration of a symphony. The players were so in-sync with their partners, it was almost as if they were one unit moving in parallel dimensions of support. Every stroke was so precise and striking. The spins, the steadfast hi-balls, along with ace returns were a thing of beauty. It was mesmerizing, to say the least.

The winners of Group A were Jill and Jim Lewis, and runners-up were Dave Frederick and Steph Courtney. Group B competed into overtime with the winners being Greg and Tina Fisher, with Pam and Gael DeRouin as runners-up. A big congratulations to all who participated.

Afterwards, our social chair Joan Patchin nourished the players with a tasty and filling lunch along with homemade cookies. The group appeared to be really relishing the fun that they had—the joy of competing as well as relaxing with one another as they celebrated the day’s events.