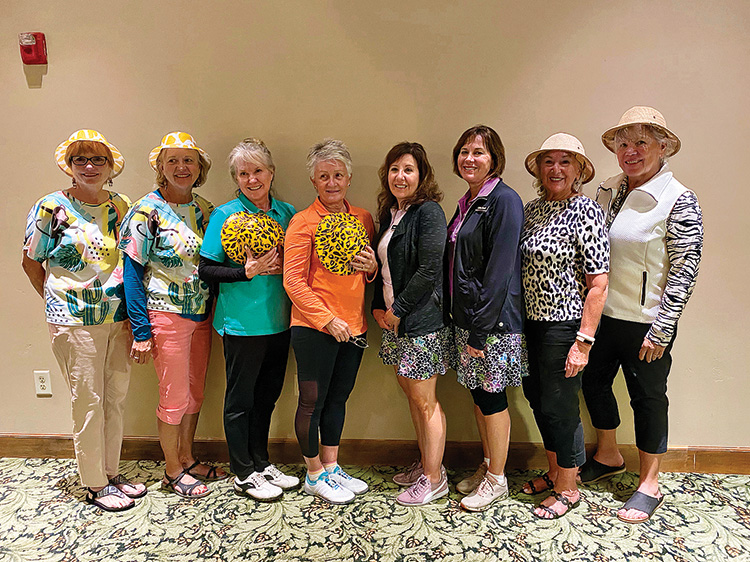 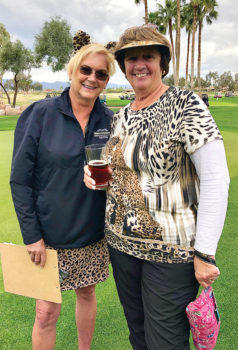 “It’s A Jungle Out There” was the theme of this year’s PCL9GA Member-Member Golf Tournament held on March 10 and 11. Rain threatened to halt the tournament, but the ladies played in spite of the weather. The first day provided rainless conditions, but on the second day the golfers were not so lucky. This fun-filled event, planned by co-chairs Patti Engelhardt and Marcy Arbelbide, included nine holes of golf on each day, two lunches, a putting contest, and raffle prizes. Most of the ladies wore some sort of jungle-themed attire and the ballroom was also decorated with a festive jungle theme. The golfers did not let the weather dampen their spirits. The two-day event took place just in time to miss the closure of all PebbleCreek activities due to the coronavirus.

Prizes were awarded in four flights.

First place winners in the leopards flight were KayCee Christensen and Bobbi Wagner.

First place winners in the zebras flight were Claire Tupper and Kerry Williams.

First place winners in the giraffes flight were Joan Smith and Karen Brown.

First place winners in the lions flight were Cathy Dosch and Patti Hedgepeth.