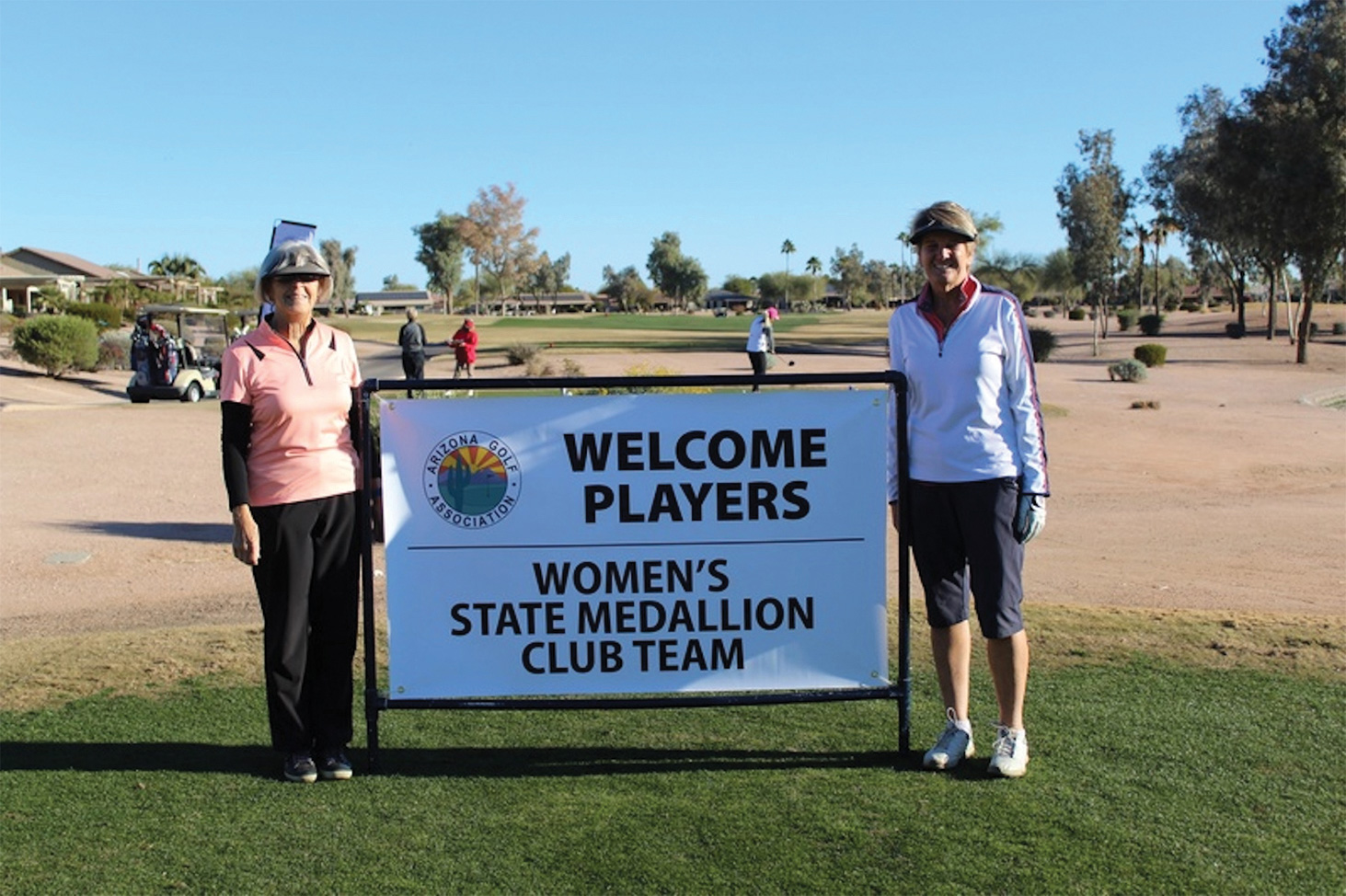 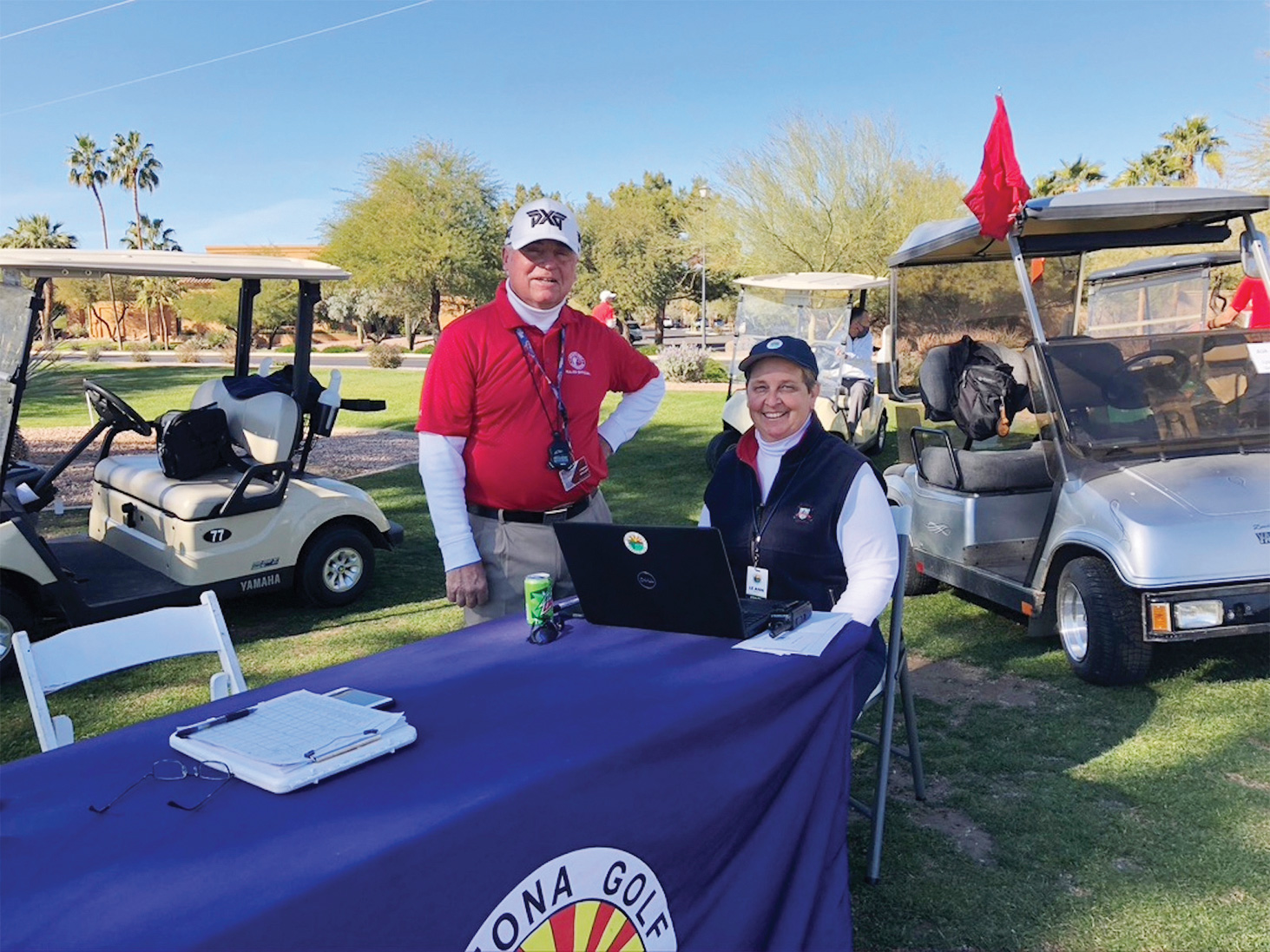 PebbleCreek had the honor of hosting the Arizona Golf Association’s (AGA) Women’s 18-Hole State Medallion Club Tournament on January 9, flights 5 through 8, and January 10, flights 1 through 4, at the Tuscany Falls East Course. Forty-seven teams competed on the 9th and 65 on the 10th.

Entrants in the tournament had four opportunities in 2020 at their home course throughout Arizona to qualify for the event. The best of two out of four rounds were used to determine who would compete on behalf of their club as the gross and net player.

The tournament consisted of 18 holes of individual stroke play with each competitor playing her own ball. The team score was the total of the Gross player’s score added to the Net player’s score.

The weather was on the chilly side for the two days, but the players came prepared to play winter golf in Arizona, which means wearing five layers while ending up with only one layer at the end!

Le Ann Finger, PGA, LPGA Senior Director of Tournaments and Championships for the AGA said the following: “It’s always a privilege to host our State Medallion Tournament for women out at PebbleCreek. I believe we have had the event out here five or six different times and know it’s a great golf course for the women to play, as well as competitive for all ages and all abilities. We love being out here. The staff is phenomenal to work with and the volunteers are awesome. We look forward to coming back in two years. Thank you very much, PebbleCreek!”

The PebbleCreek Ladies Golf Association (PCLGA) would specifically like to thank the rules officials for their dedication and hard work for all the tournaments they participate in, but most especially PebbleCreek’s Marilyn Reynolds and Lyman Gallup, and also their fellow officials Tom Wohlgemuth, Alice Wohlgemuth, Kevin McElvain, Ron Koontz, Ellen O’Hara, and David Eikner.

The Food and Beverage staff provided a very tasty Italian deli wrap sandwich in a grab-and-go box that included grapes, chips, a delicious cookie, and a beverage.

Kudos to John McCahan and his Pro Shop staff for working tirelessly to ensure the tournament ran smoothly.

The PCLGA was proud to have Sharon Hadley (Low Gross Winner) and Cathy Schafer (Net Winner) represent PebbleCreek in this special event. The competition in the first flight was very competitive. Although they did not place, they loved the format and enjoyed the experience.

The PCLGA’s qualifiers for the Medallion Tournament for January 2022 have already begun. Good luck to all the competitors!