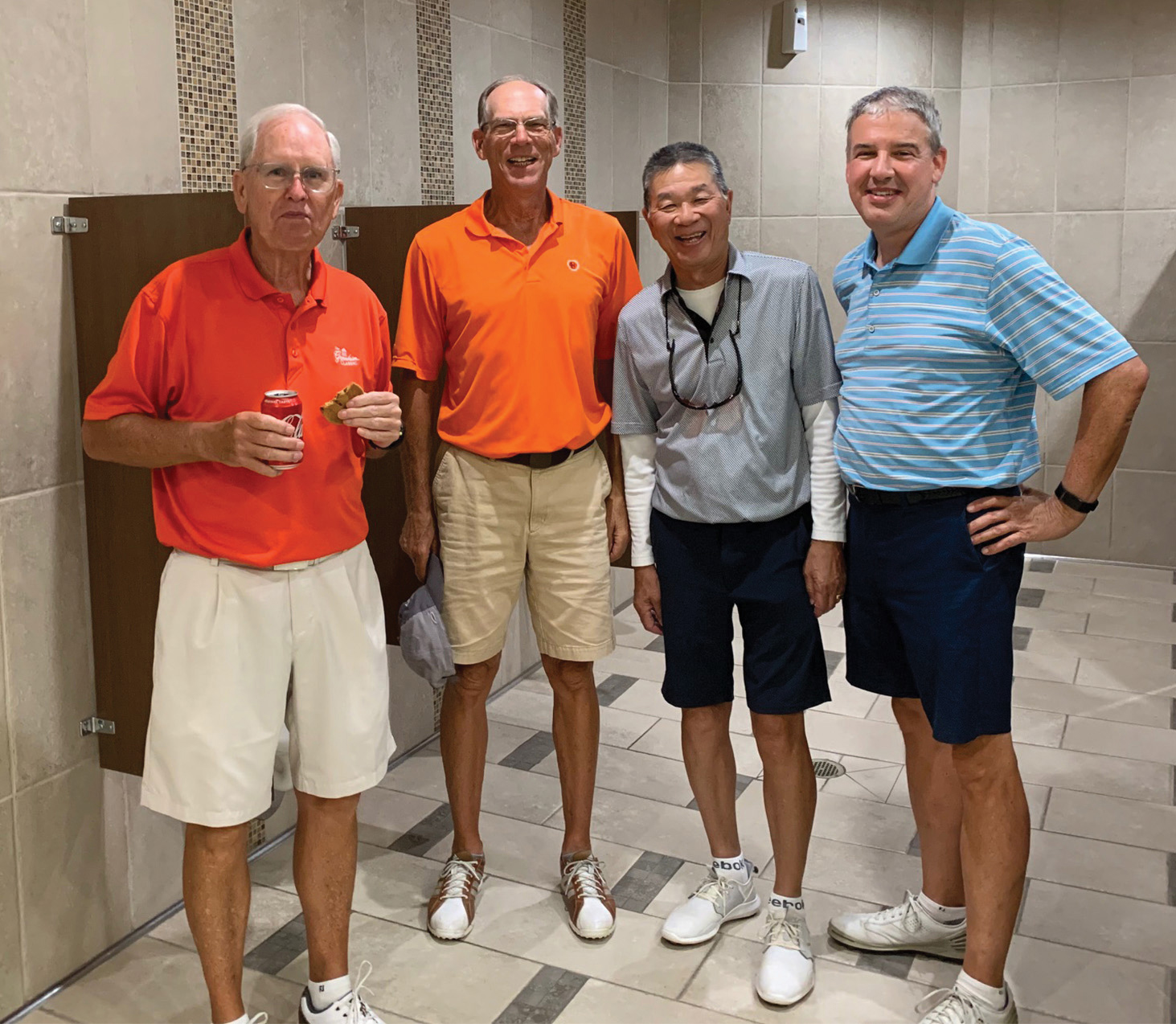 On May 27, the PebbleCreek Men’s Golf Association (PCMGA) held their annual Goofy Golf Tourney on the Eagle’s Nest course. This is a fun event where the members play from all sorts of teeing areas, and the flagsticks are placed in precarious positions. The format was a four-man team scramble with a three-drive minimum for each player. A total of 120 players participated.

Goofy is a great description. In some cases, there was not even a flagstick. For example, on holes number 10 and number 16, two holes were cut on the green but no flagstick was used to mark the hole. Players hit to the green without knowing where the hole was cut. The idea was to hit the green and then choose the closest hole to putt to.

The tees were set in unusual places. For instance, on hole number 1, the tee was actually on the driving range, and players had to hit their drives between or over trees to get to the first fairway. Several tees were set on sides of hills or on a downward slope.

The pin placements were dastardly. Several were set on side hills or super close to the edge of the greens. On hole number 7, the hole was not even on the green! Holes number 5, number 12, number 15, and number 16 were the most devious, as they were set on skee-ball-type locations. This year, we instituted a double par max score to move play along (but really to save teams from embarrassment!).

The winning team of John Low, William Simmons, Kirk Harrison, and Mark Handzel destroyed the 30-team field. They shot a net score of -18.5, six shots better than their nearest competitor. Their gross score was -12, making 10 birdies and one eagle. Asked if they hit the ball close to the hole all day, they said, “No.” So how did they do it? They made eight putts over 20 feet in length. With the score they shot, they had to hide out in the Eagle’s Nest bathroom!

Winners (all teams competed in one flight with 12 teams cashing):

Immediately after play, the members were provided burgers, sides, cookies, and beer or soda in the Eagle’s Nest ballroom. This was our first gathering in over a year due to COVID-19.

The PCMGA wants to thank Ray Catalano and Jeff Lebo for the fun setup of the course. They also want to thank the Food and Beverage staff for a great meal.