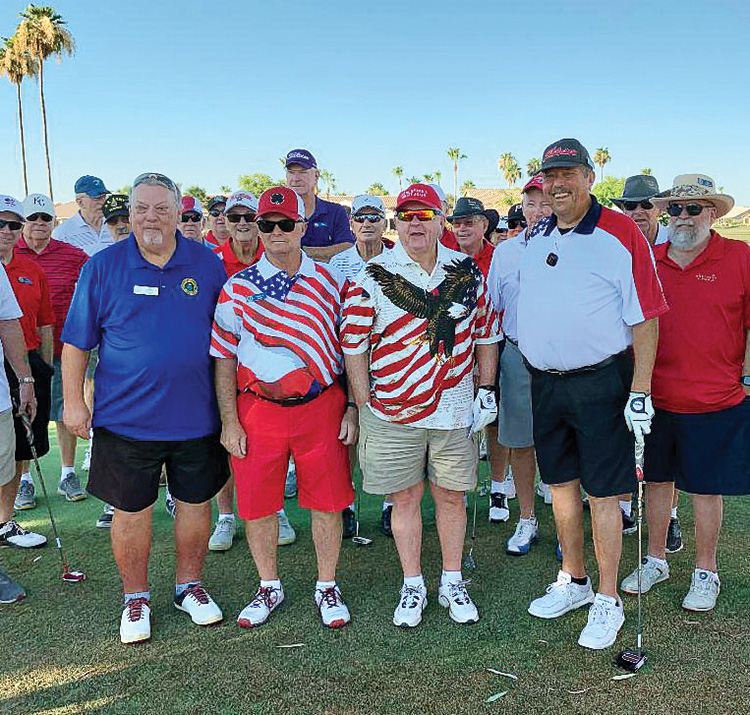 What do you do to celebrate the Fourth of July? No, there was no hot dog-eating contest, and the fireworks came later in the evening. But, if you are in the PebbleCreek Men’s 9 Hole Golf Association (PCM9GA), you hold a Patriots Tournament and have the Golfing Niners come dressed in their best red, white and blue. They did just that from the tips of their socks to the tops of their golf caps (and a few unmentionable areas as well). Running away with the best dressed outfits of the day were Monte Page, John Ward and Bill Wagner, Jr. Expanded winnings and celebrations followed the team event. George Washington braved the elements with his Continental Army, but the Golfing Niners, braved the traps, crossed the water hazards and defeated the enemy as they gave their all to pursue victory for their teams.

The tournament winners, scores and prize money were as follows: