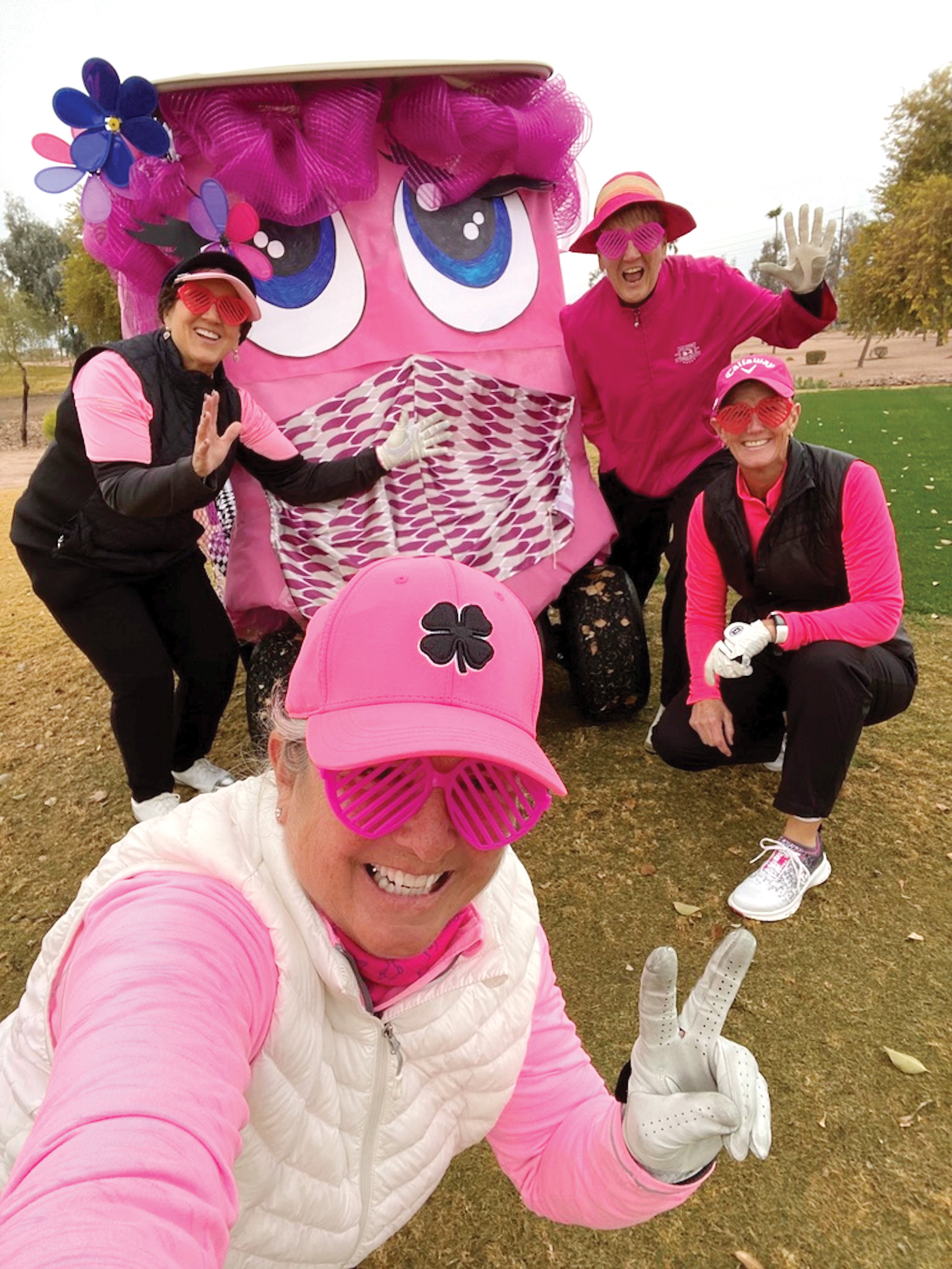 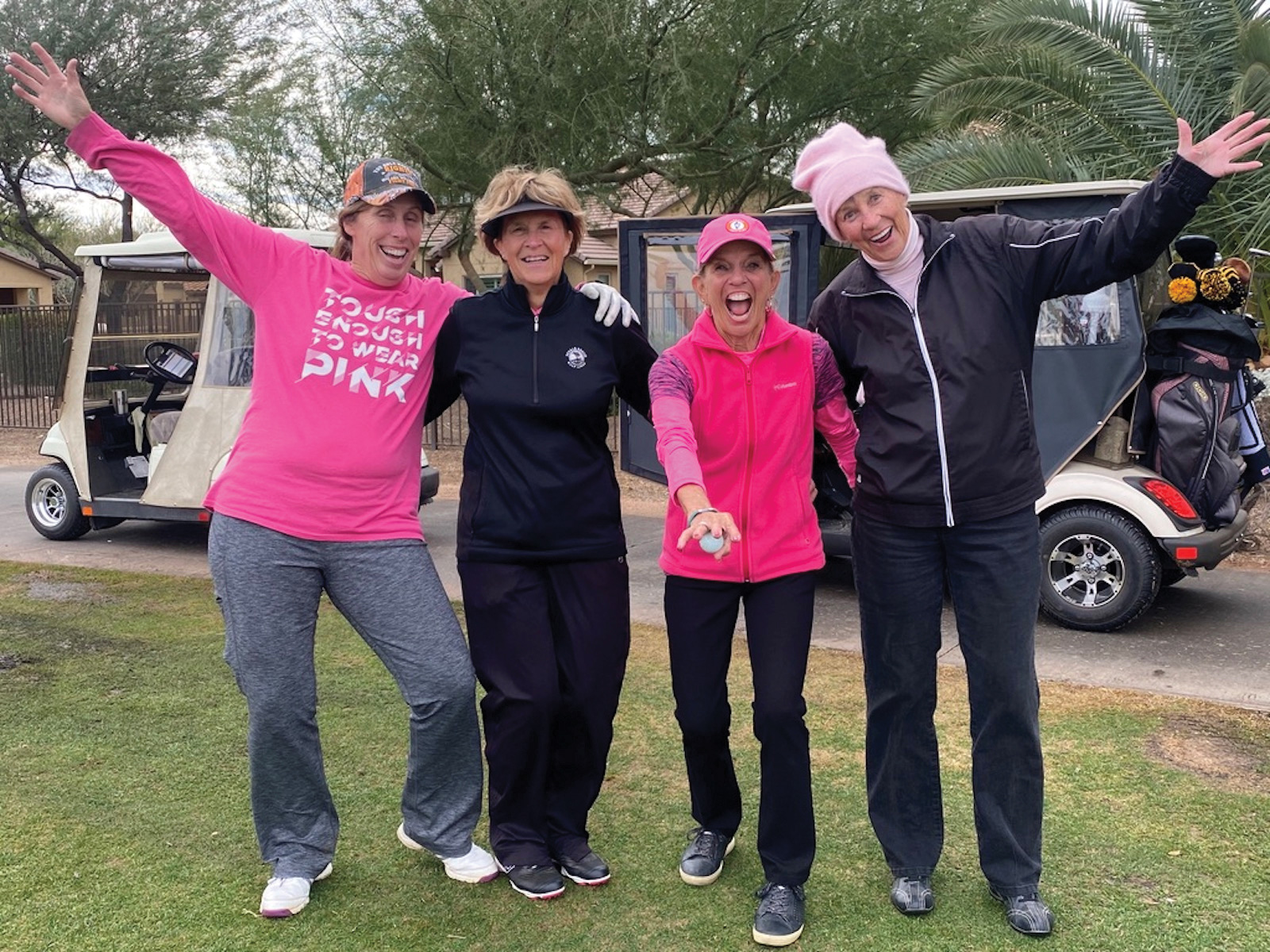 On Jan. 19, it was as if Heaven shed some tears to honor the survivors of cancer and remember those we have lost. The rain did not dampen the spirit of the PCLGA participants in the Race for the Cure tournament, as the enormity of the event was so important.

A record number of 192 players, dressed in pink, competing for bragging rights, grouped in foursomes, made their way around the Tuscany Falls East and West courses, battling out the cold and soggy conditions.

Committee chairs Michelle Cattin, Lisa Reichert, and Jackie Goupil had their hands full setting up for the event in the dark with the rain. A pair of golf cars were dressed up as pink race cars. Talk about personality plus!

As the golfers made the turn, they stopped at the Pink Pit Stop to pick up their box lunch and take a selfie at the Photo Stop.

The Tribute Garden is the favorite part of the Cancer Awareness Event. For a donation of $5, a pinwheel made by Pam Volm bore the name of a friend or family member who fought this dreaded disease and won, or who lost their battle and lives on in our hearts. We honor the survivors and remember those who are no longer with us. The pinwheels were spinning away that day, which was a very moving sight.

The pinwheel donations generated $2,280 for cancer research! Thanks to Pam Volm for tirelessly producing these beautiful gestures year after year!

In the past, after golf, a luncheon would be held, and survivors of cancer would be presented with a rose and a standing ovation. Due to social-distancing restrictions, a poster with the names of survivors was on an easel in the Tribute Garden. Congratulations to all our warriors in the battle against cancer! You are our wonder women!

Congratulations to the following first-place winners:

On this day, we wore pink, which has become the color recognized for breast cancer. There are many other cancers, and women have battled them all. The movement to take on breast cancer was the first of its kind. The Women’s Breast Cancer Advisory, established in the 70s, was determined to advance evidence-based medicine and active patient involvement. The research began, and it took awhile for it to blossom into the single largest awareness program in history.

The PCLGA crossed the finish line as winners by raising a total of $7,602 for the National Foundation for Cancer Research!