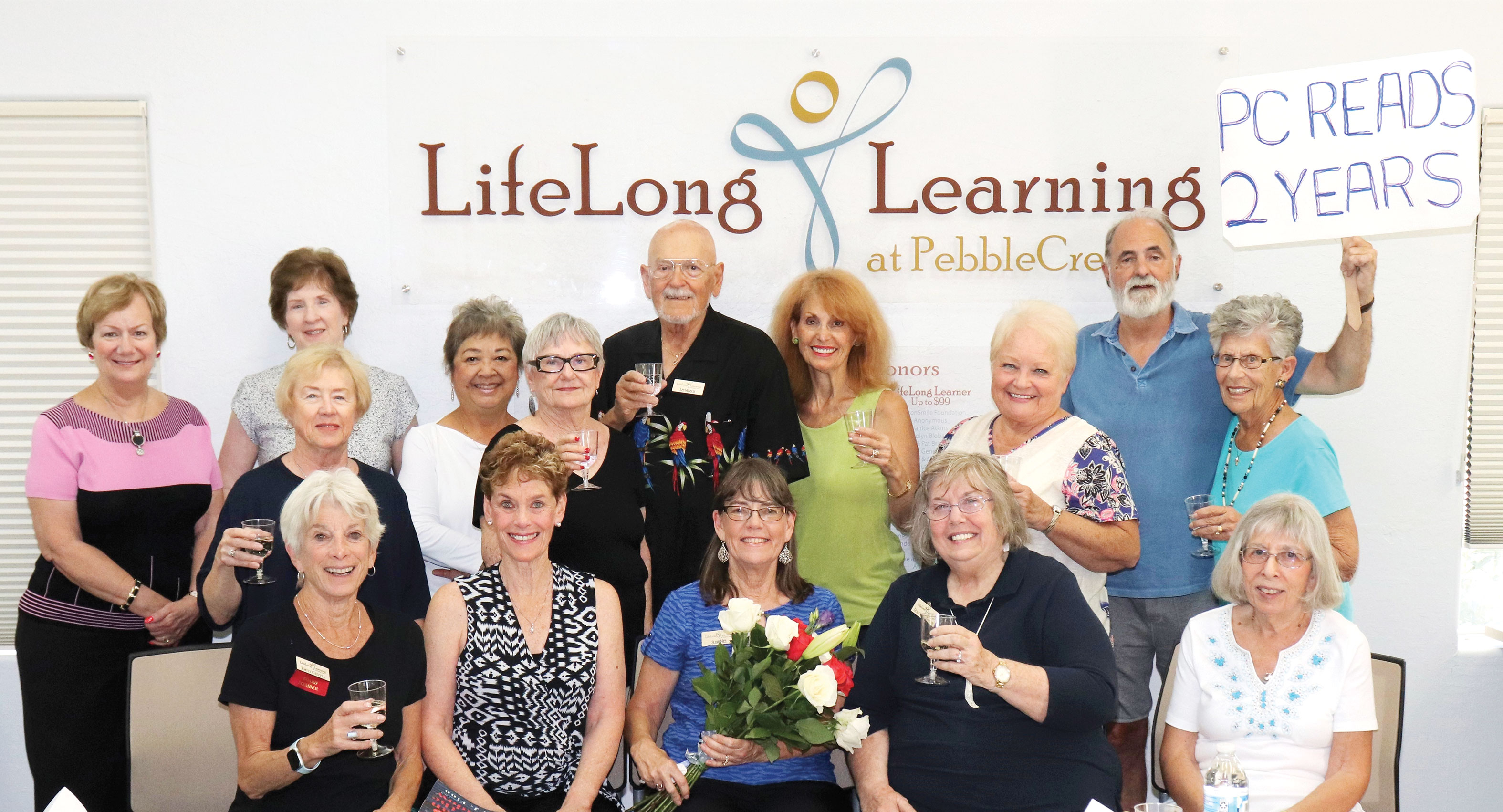 PC Reads, the first year-round program for LifeLong Learning, celebrated its second anniversary on June 6 with a party as well as the usual book discussion.

In 2016, Susie and Bill Nee suggested to Phyllis Minsuk, then president of LLL, that it would be fun if everyone in PebbleCreek read the same book at the same time, much as many cities around the country do. Since the leadership of LLL is always open to new ideas, the Sunday Series incorporated a book review and discussion of Belgravia by Julian Fellowes in the spring of 2017. This was attended by members of many of the 40 or more already existing book clubs in PebbleCreek.

When the evaluation forms were gathered, one of the suggestions was for a book club open to anyone in PC on a “drop-in” basis. The LLL leadership listened and PC Reads was born. The first meeting was held June 1, 2017, and has been going strong ever since. Susie Nee became the team leader and quickly gathered together a great team of readers to assist her.

The group has now read 24 books with some of the favorites being Beneath a Scarlet Sky by Mark Sullivan, A Gentleman in Moscow by Amor Towles, Dead Wake: The Last Crossing of the Lusitania by Erik Larson and The Alice Network by Kate Quinn.

Some members have attended almost every meeting for the past two years and others come when they are in PebbleCreek or when the book appeals to them. Attendance at each meeting is free, but registration on the LLL site is required. Meetings are held at the LifeLong Learning Center the first Thursday of the month from 5:00 to 6:30 p.m. Some of our upcoming books are Educated by Tara Westover, which we will be discussing in August; Where the Crawdads Sing by Delia Owens and The Book of Joy by the Dalai Lama and Desmond Tutu.

Susie Nee recently retired as team leader and Dianne Harmon and Alice Haywood are the new team co-leaders. For more information or questions, they may be contacted at [email protected] More information is available at https://lifelonglearningatpc.org/special/pc-reads.html.

To receive the PC Reads monthly e-newsletter, send a note to [email protected]