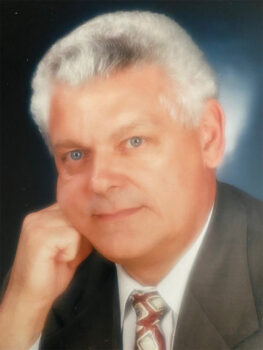 Larry Conrad Aamodt passed away peacefully with his wife, Pat, and daughter Riki, at his side on March 24, 2021. He was born in Rolette, N.D. to Mabel and John Aamodt on Dec. 3, 1944. The youngest of five children, Raymond Aamodt (deceased), Robert Aamodt (deceased), Marvin Aamodt (deceased), and Jeanette McBain. Larry graduated from Dunseith High School in 1962. In 1963, he began working at Byron Jackson Pump (Flow Serve) as a machinist and eventually became the Purchasing Manager. He retired after 42 years and relocated from Downey, Calif. to Goodyear, Ariz.

Larry was a very active member of the Loyal Order of the Moose for many years. He enjoyed traveling, gambling, golfing, and playing cards.

Larry is survived by his wife of 47 years, Patricia (Pearce) Aamodt; his daughters, Lori McMillen, Riki Rivera, and Jodi Potter; his grandchildren Ashleigh, Larry, Lyndee, Aaron, Malissa, Emily, and Rachel; and his great-grandchildren, Lauren and Cayson.

Larry was a very kind, loving husband, father, son, brother, Papa, and uncle. He will be greatly missed and forever in our hearts. 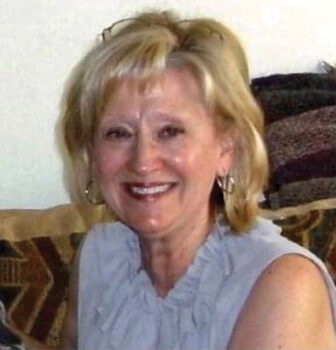 Born in Milwaukee, Wis., Donna graduated from Mount Mary College, went on to earn her Master’s Degree from UW-Milwaukee, and then her Doctorate from Cardinal Stritch College. Dr. Reimer-Becker worked as a Professor of Court Reporting and English. In 2008, after more than 40 years of teaching, Dr. Reimer-Becker retired from Concordia University-Wisconsin. She enjoyed traveling with her daughters, grandchildren, sister Dawn, and friends; Tuesday Grandma nights with Gina, Ty, and Maxx; Wednesday shopping and lunch with Gigi; authors guild; writing books about Queen Elizabeth and children’s books; tutoring Maxx and helping Ty with his papers and discussing history and politics; reading books with Ally; cards with her friends; wine on the patio; lunch at the Eagle’s Nest; swimming at the pool; and travelling to Wisconsin to spend time with family and friends. 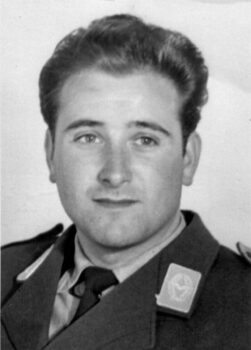 Johannes immigrated to the USA in October of 1963 with his wife and son, Hansy. He worked 35 years for Smittys of Arizona as a manager of meat departments.

He is survived by his spouse Santos (Sandy); son, Derek Ray Eberl of Japan; sister, Olga Witzman of Germany and her husband and son, Karl and Dr. Karl E. Witzman; four grandchildren, Nathaniel and Zachary of Texas and Brandon and Sarah of Japan; and daughters in law, Harilene of Texas and Atsuko of Japan.

He was preceded in death by his son, Hans, in Texas and his parents in Germany.

Per his wishes, no service will be held at this time.

Johannes will be buried at Holy Cross Cemetery.

The family suggests that donations be made to the American Heart Association.

You can leave the family condolences at www.thompsonfuneralchapel.com/obituary/johannes-hans-eberl. 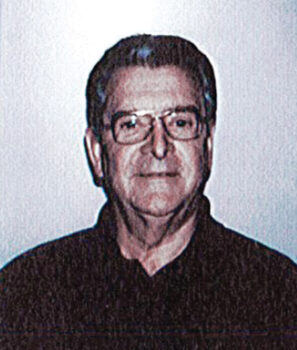 Phillip R. James, Randy, passed away on Feb. 15, 2021, from a series of strokes in Banner Hospital and then St. Joseph’s Hospital.

Born in Abilene, Texas in 1938, his family moved to California soon after, and he spent most of his life in California. He attended Humboldt State University with a major in Forestry. He then worked for various wholesale lumber companies, finally ending up with Georgia-Pacific Corporation becoming the Lumber Sales Manager for all Georgia-Pacific sawmill operations on the west coast.

He and his wife, Nancy, moved to PebbleCreek in 2003 and loved the community, especially golf and pickleball. Randy belonged to the PCM9GA and enjoyed all his golfing friends.

He is survived by his wife, Nancy, married 56 years; his son, Jason; his daughter, Staci; his granddaughter, Cassandra; and his brother, Coy, all living in California.

He was born on Aug. 25, 1952, to Herman and Tillie Klein. He was raised on the family farm near Wing, N.D. He graduated from Wing High School in 1970 and attended college at Bismarck State and University of Mary, obtaining a degree in Business Administration. In 1979, he married Betty Sautner. Their daughter Crystal (Shivani) was born in 1983. For 38 years, he worked as a Fiscal Manager for West Central and Badlands Human Service Centers.

In 1997, he married Sharon (Renner) Engen. She was his constant companion for the last 24 years. Their love for each other was seen in their everyday actions. He adored his daughter and her children, Taven Sky, Leif, and Avah. He embraced his step-children, Kara Merrill and Ryan Tesky and their families.

Tom was a great man of integrity, patience and love of family. These qualities made him a friend of many. He was a lover of animals, outdoors, hunting, gardening, and pugs. He was an excellent cook, known for his grilling and smoking of meats. Tom’s love for the game of golf and his high skill level earned him the respect from all of the golf groups he played with in both Bismarck, N.D. and PebbleCreek retirement community in Goodyear, Ariz.

Sharon’s everlasting love and caring soul, together with Shivani’s healing presence and guitar music, allowed Tom to pass peacefully in his home. The world is a better place because of this great man, husband, father, and friend. Tom’s memory will live in our hearts forever.

The family would like to express our deepest gratitude to special friends, Bob and Marilyn LeClair, for their loving kindness, friendship, support, and devotion during his last days.

A celebration of his life will be held at a later date in Bismarck, N.D.

Arrangements were made with the assistance of Thompson Funeral Chapel in Goodyear, Ariz.

Condolences for the family can be left at www.thompsonfuneralchapel.com/obituary/thomas-tom-l-klein.