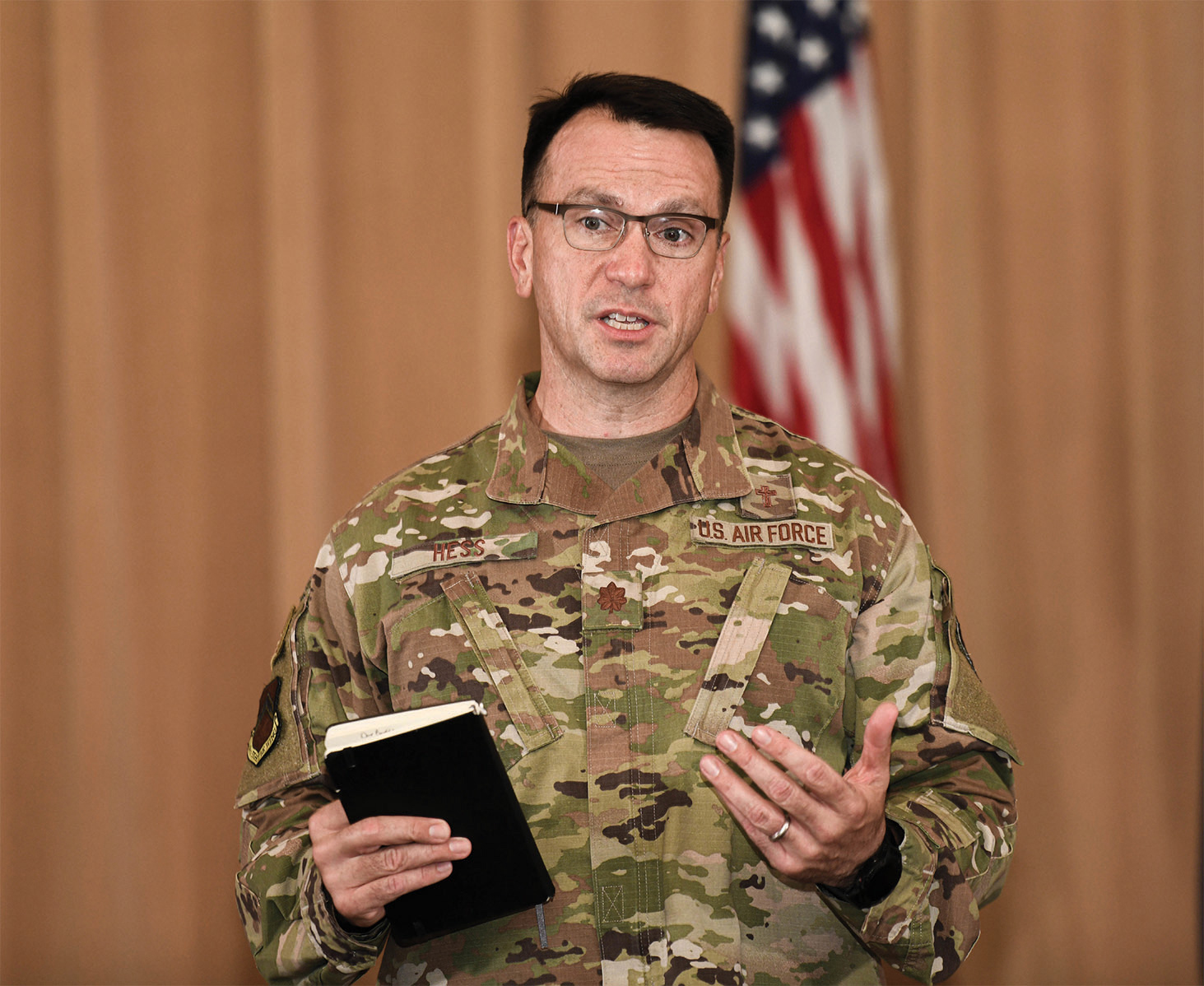 The Men’s Christian Fellowship of PebbleCreek (MCFPC) returned to meeting in person, following a year of Zoom only gatherings, with a nice turnout for guest speaker, Douglas McFarland, at their April 7 meeting at the Palm Room at Eagle’s Nest. The former counselor to Supreme Court Chief Justice Warren E. Burger and renowned author provided insights into the history and makeup of the Supreme Court and an insider’s perspective on the workings of this country’s top court.

Plans are underway for the next meeting, which will be held on Wednesday, May 5 at 7:30 a.m. at the Eagle’s Nest Capri Room. Because seating is limited, members can also participate via Zoom conference call. The guest speaker will be Chaplain Major Douglas O. Hess, the deputy wing chaplain to the 56th Fighter Wing at Luke Air Force Base. The 56th is the largest fighter wing in the U.S. Air Force and graduates more than 300 F-16 pilots and 300 air control professionals annually.

Serving as deputy wing chaplain, he is charged with assisting the wing chaplain in the religious and spiritual care of over 5,300 base personnel and their dependents. Chaplain Hess is an advisor to the 56th Fighter Wing leadership concerning the First Amendment constitutional right to the free exercise of religion and cases concerning religious accommodation. He is also charged with assisting in the oversight and management of all religious activities on the base, including worship services and religious education.

Chaplain Hess is from Winchester, Ky. Before his commission, he served previously as a campus minister for seven years at the University of South Carolina. Chaplain Hess is an ordained minister in the Presbyterian Church in America.

For those interested in joining the meeting, contact MCFPC President Igor Shpudejko at [email protected] or 602-384-6496, and you will receive an invite via email with a link to join the Zoom meeting.

The MCFPC is a group of 130 Christian men who convene for monthly meetings the first Wednesday of each month and host community outreach activities.