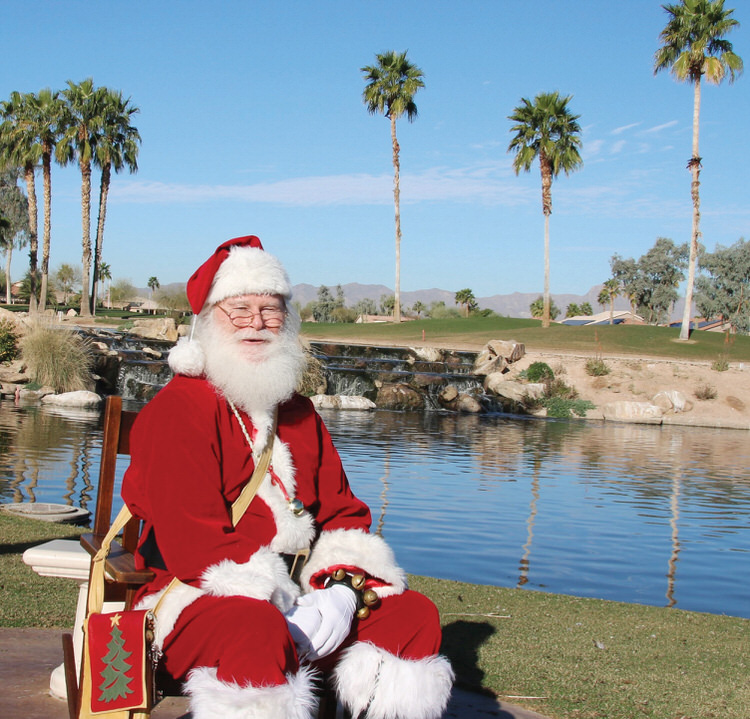 When one has an idea, and it comes to fruition, it is so gratifying. Such was the case with Steve Jensen. Last spring, Steve thought, “Why don’t we create a Christmas CD using only PebbleCreek residents?” And that’s what he did. He contacted various individuals and groups in the community who are well known in the music field and asked them if they’d be willing to participate. The response was overwhelming. Each participant was asked to select their own number, as well as their background music, whether live, recorded, or accompanying themselves. The result was A PebbleCreek Christmas. From the religious “Oh Holy Night,” to the popular “The Christmas Song” (chestnuts roasting on an open fire), to the nostalgic “I’ll be Home for Christmas,” to the romantic “Merry Christmas Darling,” to the children’s favorite “The Man with the Bag,” you’ll be sure to hear some of your favorites.

The producer of this undertaking is no stranger to the music scene in PebbleCreek. Steve Jensen has many accolades to add to his impressive resume, including being a former member of the groups PebbleRock and Silk. In addition, he serves as the musical director of Showtime, is the current president of The PebbleCreek Musicians, and is a member of The PebbleCreek Big Band. Not bad for a former radiologist, huh?

So how much do these CDs cost? They don’t cost anything! All you’re asked for in return is a donation to the PebbleCreek Pet Companions Club, with all proceeds going to the club. So you’re doing something nice for yourself and at the same time enabling the Pet Companions Club to continue to help our beloved pets. What a great Christmas gift!

CDs will be available beginning Nov. 1 at the Expressions Gallery in the Creative Arts Building and at the Eagle’s Nest Kiosk on Nov. 8, 10, and 12 from noon until 2 p.m.

So who’s that man in the bright red suit and the long white beard? Guess you’ll have to pick up a CD to find out for yourself.