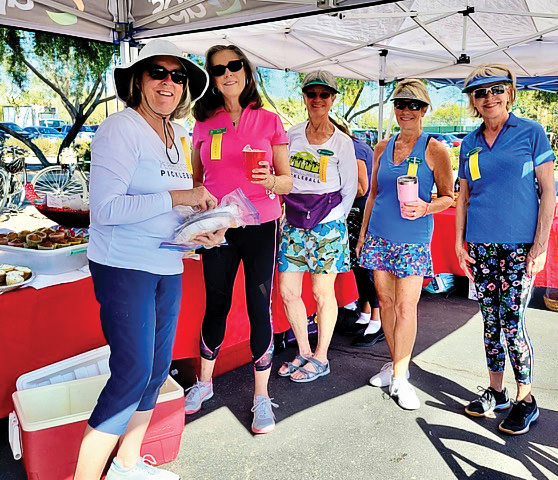 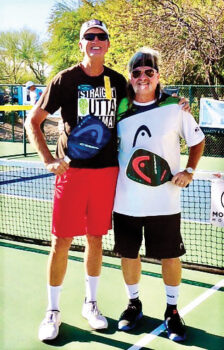 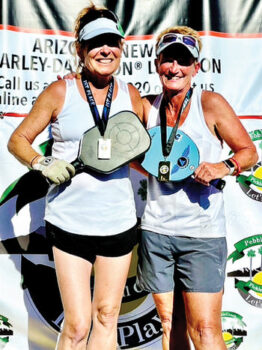 Another fantastic USA Pickleball Association (USAPA)-sanctioned tournament was held here in PebbleCreek on Feb. 9, 10, and 11. Mike Crabtree, tournament director, choreographed the three-day event where 531 players arrived from near and far. There was a common theme throughout players and spectators alike: appreciation for the club organization and the munchies provided. The Sweet Spot remains a favorite of all.

Along with the free homemade treats from The Sweet Spot, Chef Peter’s Bistro food truck had different menu items each day for players, spectators, and volunteers. All three days, the volunteer tent had unbelievable food offerings that included shrimp, ham, roast beef, and chicken croissant sandwiches; cheeseburger and chicken sliders; chicken roll-ups; barbeque and brown gravy meatballs; remaining goodies from The Sweet Spot; plus fruit, chips, snacks, and soft drinks. It pays to volunteer! Vendors galore and a silent auction were offered every day.

PebbleCreek pickleball players had a grand showing on the medal stand:

The tournament offered tons of great pickleball, spectator energy, and loads of fun was had by all. Start planning now for the next amazing 7th annual tournament in 2023.